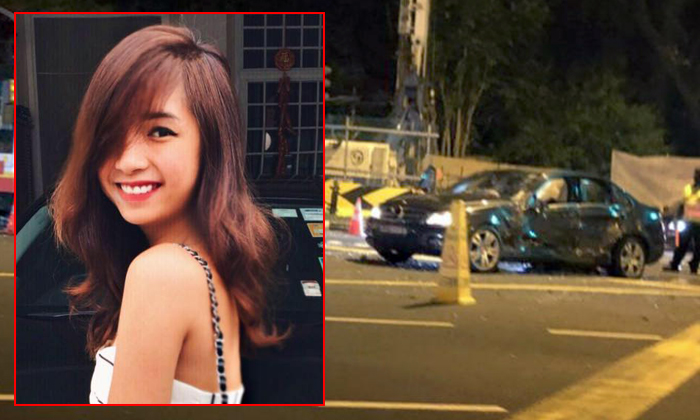 A 24-year-old car driver involved in a fatal accident that occurred at the signalised cross junction of Jalan Anak Bukit and Jalan Jurong Kechil on April 22 has been arrested for causing death by a rash act.

The accident, which took place at around 12.57am, involved a Mercedes car and an SMRT bus.

The car driver, a 24-year-old woman, and her 26-year-old male passenger were conscious when sent to Ng Teng Fong General Hospital.

The other car passenger, identified as 23-year-old Ms Jasmine Lim, was unconscious when taken to National University Hospital (NUH), where she subsequently died from her injuries.

It was reported that the three friends, all National University of Singapore (NUS) graduates, had been at a birthday celebration for Ms Lim's boyfriend prior to the accident.

The driver of the off-service bus was not injured and was reassigned to non-driving duties.

In a statement yesterday (April 26), the police said: "The 24-year-old driver of the car has been arrested for causing death by rash act."

This is an increase of three (9%) fatal accidents and four (12%) road traffic fatalities, compared to the same period last year.

"The increase in fatalities on the road is attributed to motorcyclists and passengers of motorcars," added the police statement.