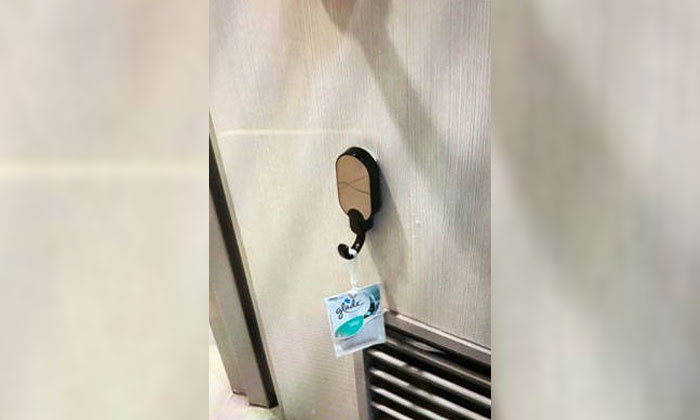 A 21-year-old man has been arrested for his suspected involvement in the offence of causing public nuisance after a pinhole camera was found in a handicapped toilet in Nanyang Technological University (NTU).

On Mar 1, a 58-year-old woman noticed a hook on the door of the toilet that had not been there before.

According to Lianhe Wanbao, the camera was supposedly hidden in a plastic hook that was mounted on the side of the door facing the toilet bowl.

Feeling it was unusual, the woman, who is believed to be a printing service contractor, asked for someone to call the police.

In a statement today (Mar 8), the police said that after extensive probes and enquiries, officers from Jurong Police Division established the identity of the man and arrested him on Mar 7.

Preliminary investigations revealed that the man is involved in similar cases.

A laptop, a mobile phone and two pinhole cameras were seized as case exhibits.

Investigations against the man are ongoing.

Anyone convicted with the offence of public nuisance may be fined up to $1,000.

Anyone convicted with the offence of insulting the modesty of a woman may be jailed for up to one year or fined, or both.