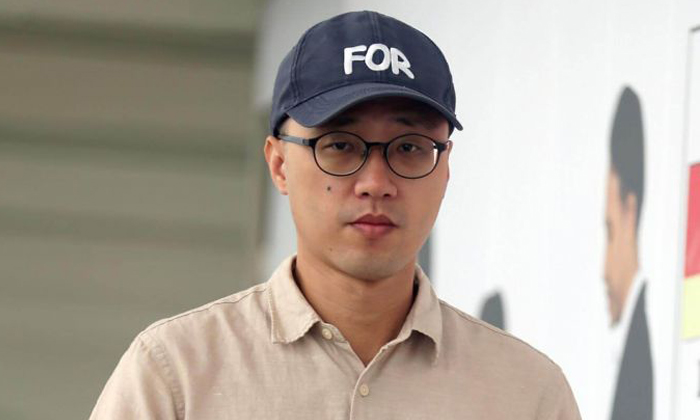 A Taiwanese academic who took upskirt videos of at least 71 women using a pinhole camera attached to his shoe was sentenced to 18 weeks' jail on Friday (July 28).

Tsai Wei-Feng, 41, who faced 71 charges of insulting modesty, admitted to 10 counts committed at Takashimaya Shopping Centre on Orchard Road on Dec 17, 2016. The remaining charges were considered in sentencing.

He was in Singapore on a social visit pass at the time and was caught when a 22-year-old woman - the complainant in the case - noticed him behaving oddly.

Deputy Public Prosecutor (DPP) Jason Chua told the court that the complainant was with three friends at the basement of Takashimaya department store that evening when she felt a bump on the haversack that she was carrying.

She turned and saw Tsai loitering around her friend, who was wearing a black dress, and then placing his left foot at the bottom of the latter's dress.

Finding his behaviour odd, the complainant told her friend and they decided to follow Tsai.

One of them later confronted Tsai as he was leaving the store. He was detained by the security staff of the store outside its Basement 1 entrance.

Police arrested him and seized the pinhole camera from his left shoe with eight video recordings.

DPP Chua said the investigation showed that Tsai had enabled the video recording mode in his pinhole camera and put it on his left shoe with its camera lens facing up in the toilet before committing the offences from around 7pm.

He would follow, walk close to and loiter around unknown female victims with the intent to insult their modesty by filming their underskirt without their knowledge.

In some cases, he would film victims multiple times. He filmed one victim 15 times.

For the rest of the story, go to The Straits Times.