20 evacuated after chlorine gas detected at industrial building in Sembawang 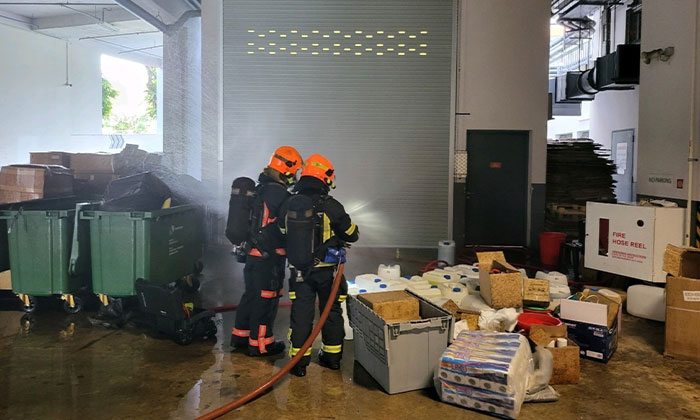 Shermaine Ang and David Sun
The Straits Times
May 28, 2022

About 20 people were evacuated as a precautionary measure after chlorine gas was detected in a rubbish compactor room in Sembawang on Saturday (May 28).

Firefighters were deployed to the Nordcom II building at 2 Gambas Crescent, after the Singapore Civil Defence Force (SCDF) received a call for assistance at about 7.15am.

Upon arrival, the SCDF found the presence of chlorine gas within a rubbish compactor room on the ground floor of the industrial building.

Firefighters used a water jet to dilute the vapours surrounding the room. Two blower fans were also deployed to contain the vapours within it.

The air concentration outside the affected room remained at a safe level, SCDF said in a Facebook post at 10.10am.

As a precautionary measure, about 20 people were evacuated from the premises.

Chlorine is used to disinfect water and is part of the sanitation process for industrial waste and sewage.

Exposure to high levels of chlorine gas causes nausea, vomiting, shortness of breath and chest pain, among other symptoms.

When The Straits Times arrived at the scene just before noon, the smell of chlorine lingered in the air near the compactor room.

A woman who said she represented the building management told ST that the affected trash collection area will remain cordoned off for the time being.

“The authorities are still investigating, and told us to cordon off the area and not touch anything,” she said.

To ensure there were no more traces of chlorine, SCDF said its responders emptied the entire contents of the compactor room onto the floor with the assistance of a contractor.

A water jet was used to wet the contents and dilute the concentration of the gas in the room. The responders used chemical detectors to check that there were no more traces of the gas.

Posted by Singapore Civil Defence Force on Friday, May 27, 2022

Arrangements have been made to transport the contents of the rubbish compactor room away from the premises, SCDF added.

SCDF had earlier advised members of the public to avoid the area.

Residents of nearby blocks and those in the area were alerted via SMS of the incident. In an update at about 12.20pm, they were informed that the situation had been safely mitigated.

After the cordon was removed just before noon, many streamed back into the building.

In response to queries from ST, a spokesman for the National Environment Agency (NEA) said: “Preliminary investigations showed the fumes arose from waste in the compactor room.

“NEA is working with the SCDF to investigate the cause of the incident and will not hesitate to take enforcement action against companies who contravene NEA’s Acts and Regulations.” 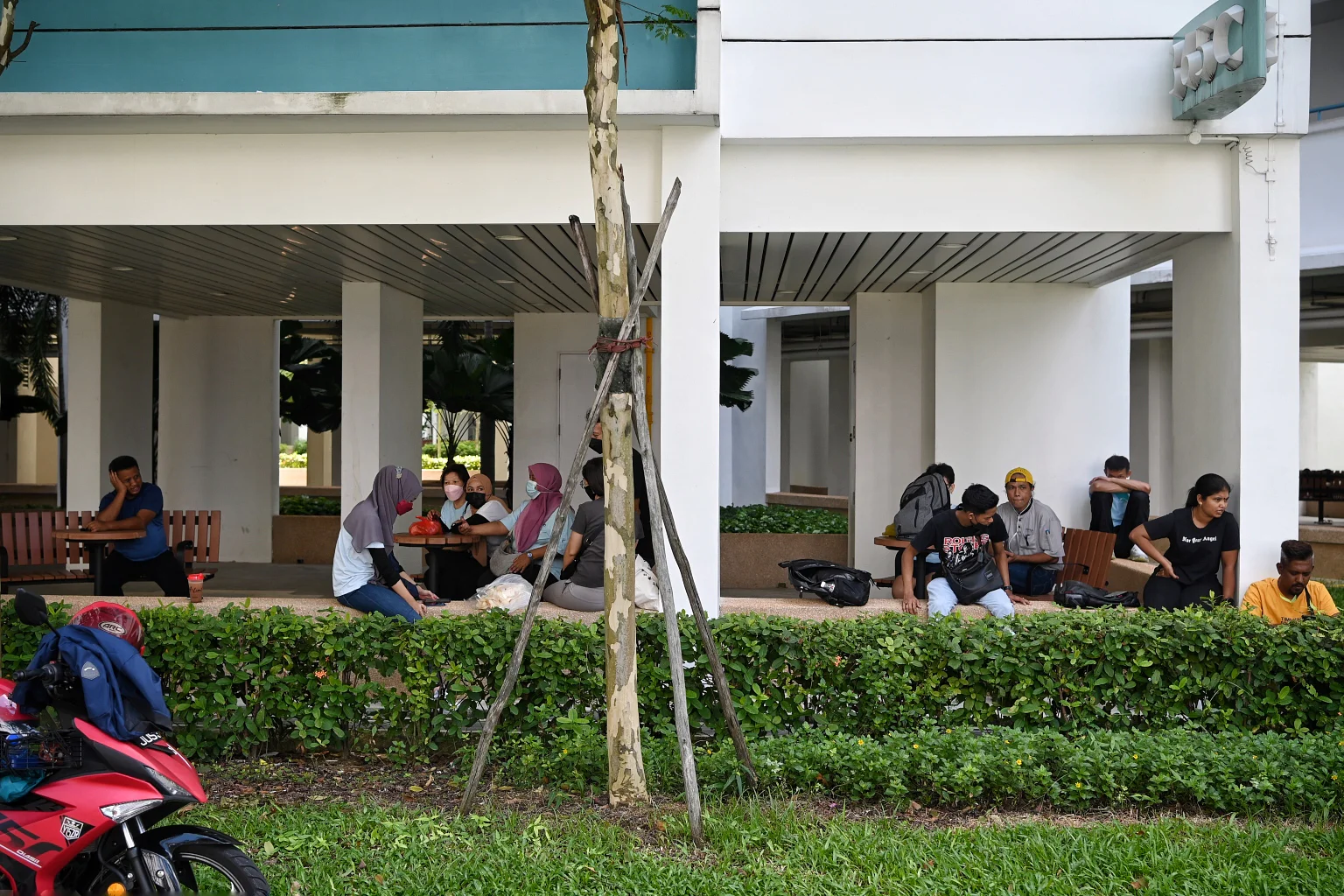 As a precautionary measure, it evacuated about 20 people from the premises. ST PHOTO: KUA CHEE SIONG

The spokesman added that NEA officers had sampled the air outside the compactor room and did not detect any toxic gases.

In 2016, seven people, including two SCDF officers, were taken to hospital after a chlorine gas leak off Tuas.

They had difficulty breathing and developed eye irritation, and were taken to hospital for exposure to chlorine vapour.

In 2006, a chlorine gas leak at a Safra clubhouse in Telok Blangah Way caused many adults and children to vomit.

About 50 people, including 23 children, were taken to three hospitals where they were treated for breathlessness, nausea and irritation to the eyes and throat.

Under the Environmental Public Health (Toxic Industrial Waste) Regulations, those who fail to handle toxic waste properly may be fined up to $10,000.