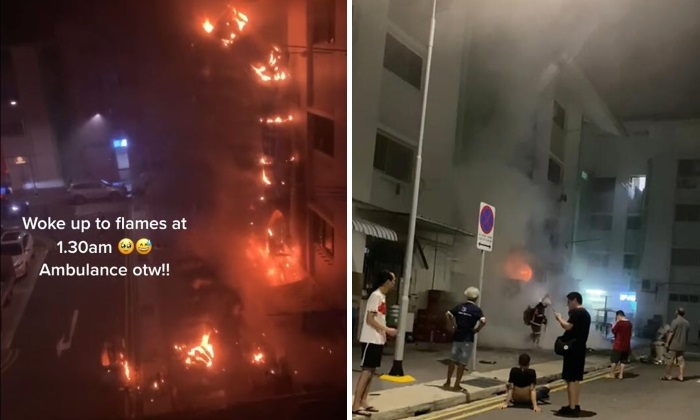 One person was taken to the Singapore General Hospital for smoke inhalation after a fire broke out in Serangoon Central Drive.

SCDF said that the fire, which took place at 1.20am on Saturday (May 14), involved the kitchen exhaust ducting of a coffee shop on the first floor of a building at 261 Serangoon Central Drive. 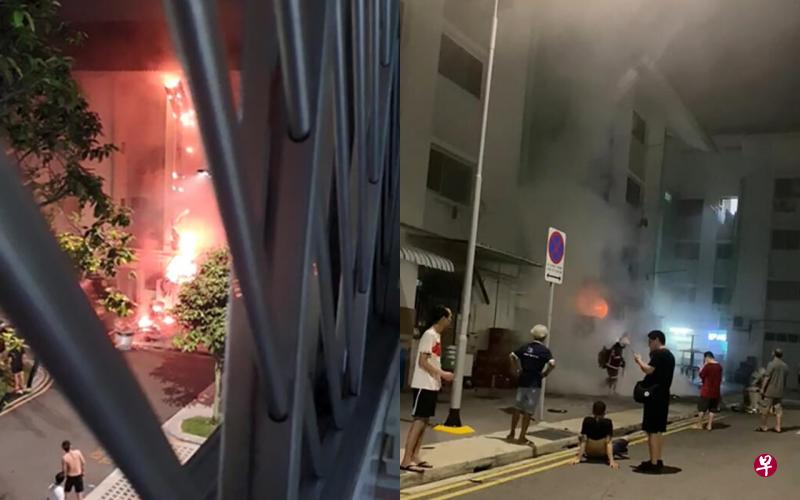 About 20 people self-evacuated before SCDF arrived.

Video of the scene taken by Stomper Tom.

SCDF extinguished the fire with one water jet.

This incident follows Friday's fire that broke out in Bedok North, where three people, including a three-year-old, died. The mother remains hospitalised in critical condition.