2 youths arrested for 'sampling' drinks at FairPrice and returning them to shelf, posting video online 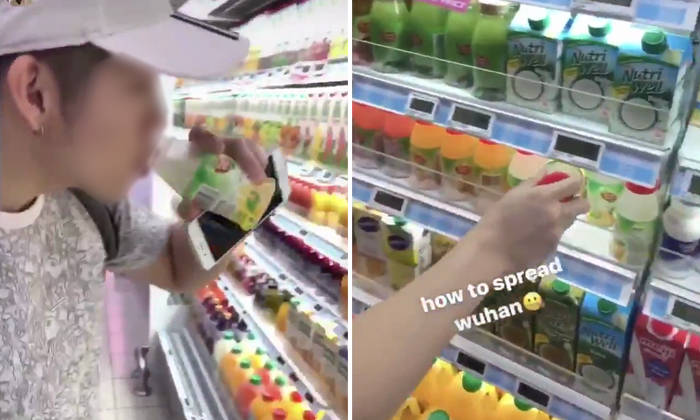 Two youths have been arrested for public nuisance after a video that showed them 'sampling' drinks at a FairPrice supermarket went viral online.

In the video, a youth is seen drinking two bottles of unpurchased drinks at the supermarket and then placing them back on a refrigerated shelf, while his companion took a video.

The video was captioned with "how to spread wuhan", in reference to the ongoing novel coronavirus pandemic.

NTUC FairPrice had earlier said that it would be "working with the authorities on the necessary actions that need to be taken for this case" and urged the public not to circulate the video.

In a statement on Wednesday (Apr 8), the police said it has arrested two 17-year-old youths involved in the incident.

A police report was lodged over the video on February 8.

"One of the youths had uploaded the video on to his private Instagram account. However, an acquaintance recorded a copy of the video and circulated it online," added the police.

"This caused public alarm and concern."

The two youths will be charged in court on April 9 with the offence of public nuisance with common intention.

Anyone convicted of public nuisance will be liable, on the first conviction, to a jail term of up to three months and/or a fine of up to $2,000.

In their statement, the police also said they will not tolerate "any actions that stoke undue public alarm, especially during this period of heightened sensitivity."