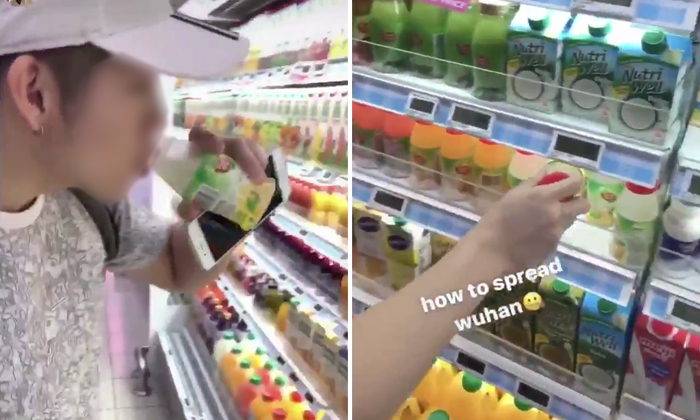 Supermarket chain FairPrice has responded to a viral video that shows a youth 'sampling' bottles of fruit juice and placing the drinks back on the shelf.

The video, which numerous Stompers submitted to Stomp, was recorded and posted online by the youths involved in the incident.

In the 26-second clip, someone in the background can be heard saying, "How you know it's nice or not?" to which the youth on camera replies, "Try la."

The youth then picks up a bottle of fruit juice and drinks a mouthful from it, but says it is sour and returns the drink to the supermarket shelf.

"Not nice ah? Sour, put back ah," the youth's companion is heard saying.

He then does the same to another bottle of fruit juice despite a staff member walking by. 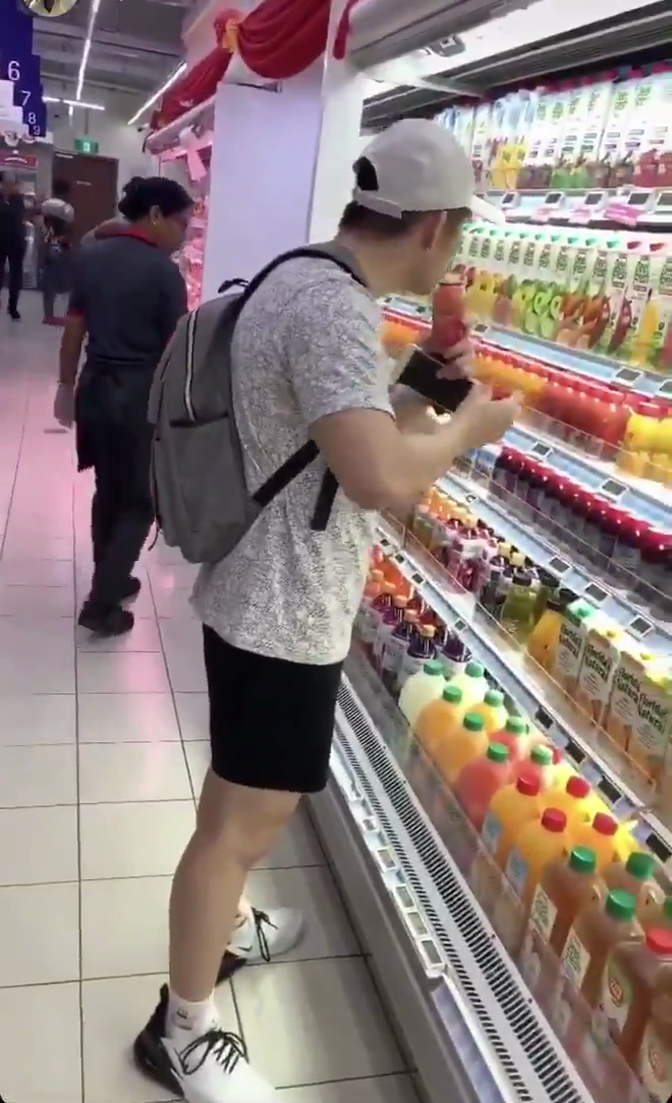 The video was captioned with "how to spread wuhan", in reference to the ongoing novel coronavirus outbreak that has infected more than 43,000 people worldwide and resulted in 1,018 reported deaths to date.

According to screenshots that were circulated online, the youths claimed that they had actually paid for the drinks and "were just making a joke".

Following immense backlash after the video went viral online, the youths made a public apology and asked for a second chance:

"I sincerely apologise for what I posted online and realise it was not ethical and definitely wrong to post such a video at this point in time. We indeed took the drink off the shelves and drank it. Although we indeed paid for the drinks in the end, there is no excuse that the video we posted was not right.

"We were indeed really childish and immature. I know most of you have tweeted that we should go to jail for this and we should be punished.

"But I really hope you guys can give us a second chance. We were really doing it out of stupidity and our own pleasure although I know it did not turned out as fun as it was to us.

"I really want to apologise to everyone affected by my video. I promise such videos will be constrained from my page in the future. I really hope a second chance can be given to us because we are still young and studying.

On Monday (Jan 10), NTUC FairPrice said that it regards the matter very seriously and urged the public not to circulate the video.

FairPrice said in a statement on Facebook: "A video of a customer consuming beverages and placing them back on our shelves is being circulated on social media.

"We understand also that the creators of the video have since made a public apology and shared that they had removed the items from the shelves and paid for them.

"Nonetheless, we regard this matter very seriously as this prank video has caused unnecessary public alarm, exacerbated by the current coronavirus situation."

FairPrice said that it would be working with the authorities on the "necessary actions" that need to be taken for this case, adding: "In the meantime, we ask that the public refrain from forwarding this video to avoid any further public distress."

Netizens have slammed the youths for their "disgusting" and "thoughtless" behaviour, especially considering what Singapore is currently going through.

Many also called for them to be "punished" and wanted enforcement action to be taken.

A Stomper said: "This is disgusting, irresponsible and illegal."

Stomper Neha said: "We all are going through such a difficult time. Everybody is just worried and this guy happily does this."

Stomper Sunny added: "How can such unacceptable behaviour exist in this society?"