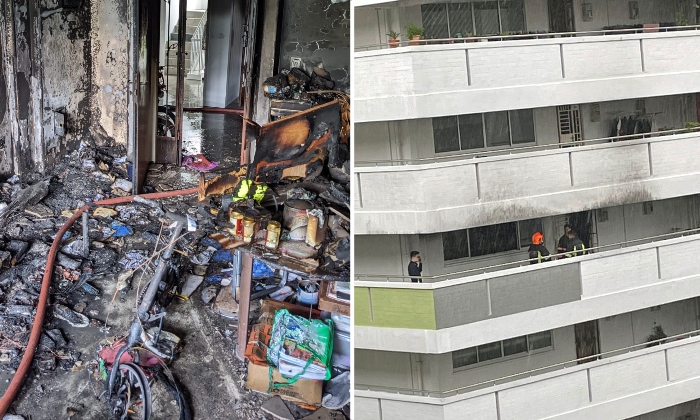 Two fires broke out within hours of each other in Yishun on Saturday (Oct 1), one likely caused by a battery for a power-assisted bicycle and the other by a portable powerbank.

The Singapore Civil Defence Force (SCDF) said it was alerted to the first fire at about 9:50am. It was in a fifth-floor flat of Block 451 Yishun Ring Road.

"Upon arrival, the fire was raging inside the unit," said SCDF on its Facebook page.

Five people were rescued from the bedrooms of the flat. They suffered smoke inhalation and two of them also sustained minor burn injuries. All five were taken to Singapore General Hospital.

Hamsters found in pet cages in the service yard of the flat were also rescued. 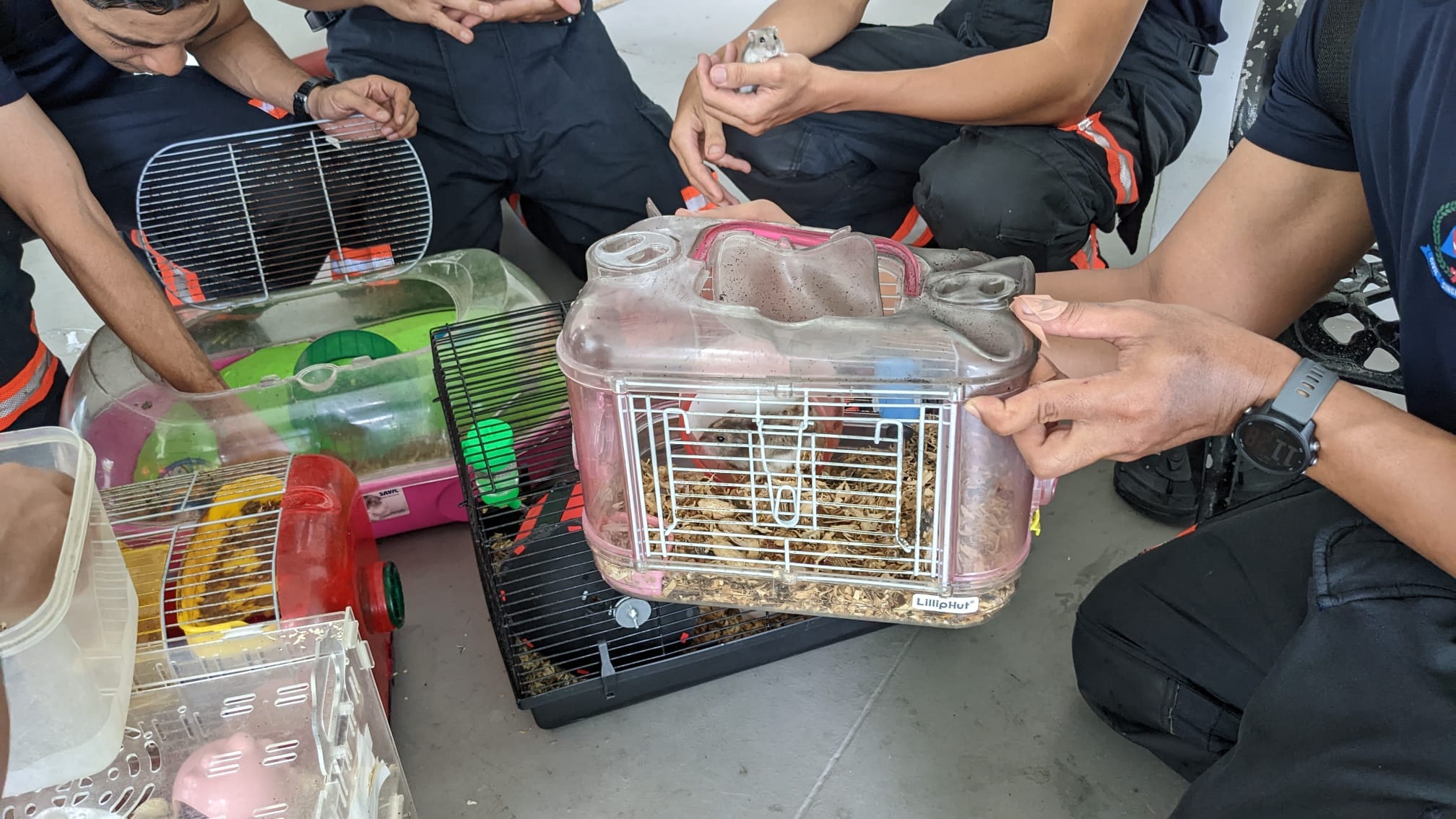 About 100 residents from the third to seventh storeys were evacuated by the police as a precautionary measure.

SCDF said: "Preliminary investigation indicates that the fire had likely originated from the battery pack of a power-assisted bicycle in the living room."

It added: "We understand that a nearby resident had attempted to put out the fire with a fire extinguisher prior to SCDF's arrival. We will be in touch with him to commend him for his public spiritedness act."

The second Yishun fire of the day was at Block 604 Yishun Street 61.

In response to a Stomp query, SCDF said it was alerted to the fire at about 12.35pm.

"The fire involved contents of a bedroom in a ninth-floor unit. SCDF extinguished the fire using a water jet," said SCDF.

"Two occupants evacuated the unit prior to SCDF's arrival. They were assessed by an SCDF paramedic for minor smoke inhalation, and both refused conveyance to the hospital."

Stompers Adzim, Sarah and Eric shared photos and videos of the incident.

SCDF said: "Preliminary investigation indicates that the fire had likely originated from a portable powerbank in the bedroom.

"SCDF would like to remind the public that batteries or portable power banks should not be overcharged. Overcharging can cause a battery to overheat and swell up, leading to permanent damage and a possible fire occurring."