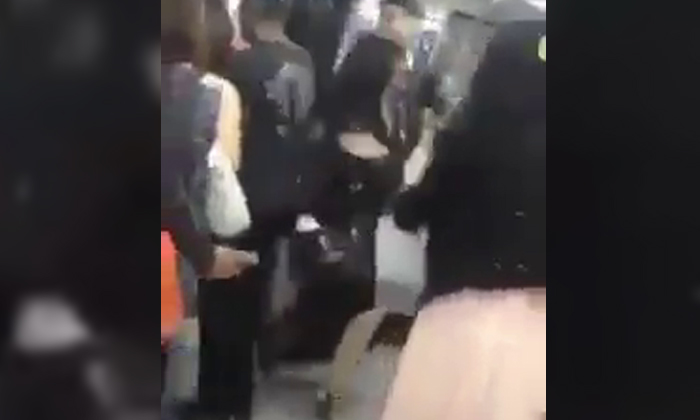 Two women were caught on camera having a catfight on a train in Singapore.

It is unclear when and where exactly the incident occurred, but a video posted by All Singapore Stuff on Tuesday (June 4) has garnered more than 96,000 views to date.

In the 41-second video, someone in the background can be heard saying 'oh my god' as the two women screamed and tussled with each other.

A female voice also shouted 'Get out!' repeatedly.

Some commuters can be seen trying to separate the duo, while others walked away from the chaos.

The fight ended when commuters pushed the long-haired woman out of the train when it stopped at a station, though she is heard hurling vulgarities before the doors closed.

The reason for the dispute is unknown.

Related Stories
Double TKO for fighters on train as both get arrested -- all because of staring incident
Men fight on MRT train, fall on other commuters: "You follow me to police station"
Woman demands compensation from MRT commuter during dispute, tells "false witness" to shut up
More About:
fight
dispute
train
MRT