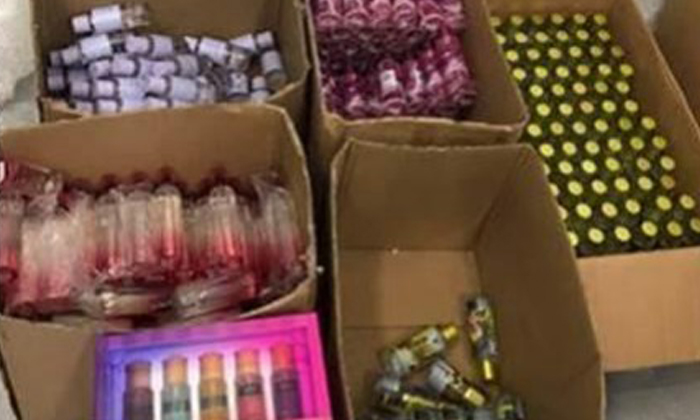 Two women, aged 21 and 23, were arrested for allegedly importing counterfeit perfume and cosmetic products with the intention of selling them online.

The Singapore Customs had inspected a consignment of more than 200 pieces of perfume and cosmetic products believed to be counterfeits on July 25.

The case was subsequently referred to the Criminal Investigation Department (CID), said the police and Singapore Customs in a joint statement on Tuesday (Aug 20).

In a 19-hour operation conducted on Aug 6, CID officers mounted raids at Tampines North Drive and Sunview Road, resulting in the arrests.

During the operation, more than 16,000 pieces of counterfeit perfume and cosmetic products bearing falsely applied trademarks were seized.

Preliminary investigations revealed that these counterfeit products were intended for sale on online platforms.

"The authorities take a serious view on intellectual property right (IPR) infringements and will not hesitate to take action against perpetrators who show blatant disregard for Singapore’s IPR laws," added the statement.

Anyone found guilty of importing, possessing or distributing goods with falsely applied trademarks for the purpose of trade may be fined up to $100,000 and/or jailed up to five years.