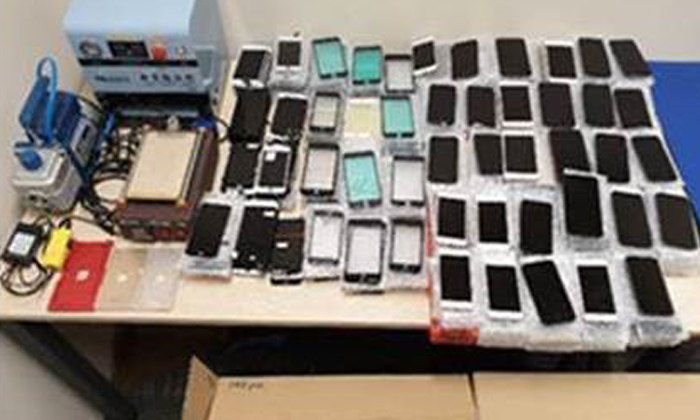 Three men, aged between 26 and 44, were arrested for allegedly importing counterfeit mobile phones and components to sell in Singapore.

The Singapore Customs had intercepted a consignment from China consisting of over 500 pieces of mobile phone components believed to be counterfeits at Changi Airfreight Centre on April 15.

The case was then referred to the Criminal Investigation Department (CID).

During the operation, more than 3,400 pieces of mobile phones and components bearing falsely-applied trademarks of well-known brands were also seized. The items had an estimated street value of around $290,000.

In a statement on Thursday (May 2), the police said: "The authorities take a serious view on intellectual property right (IPR) infringements and will not hesitate to take action against perpetrators who show blatant disregard for Singapore’s IPR laws."

Anyone found guilty of importing, possessing or distributing goods with falsely applied trademarks for the purpose of trade may be may be fined up to $100,000 and/or jailed up to five years.

Related Stories
Man arrested for allegedly importing more than 4,000 pieces of counterfeit goods worth over $520k
Man who allegedly sold over $140k worth of counterfeit luxury watches and accessories arrested
Couple arrested for trying to import counterfeit apparel with estimated street value of S$120,000
More About:
illegal
counterfeit
fake
arrest