2 vegetation fires on Sunday, with one being the size of 10 footballs fields 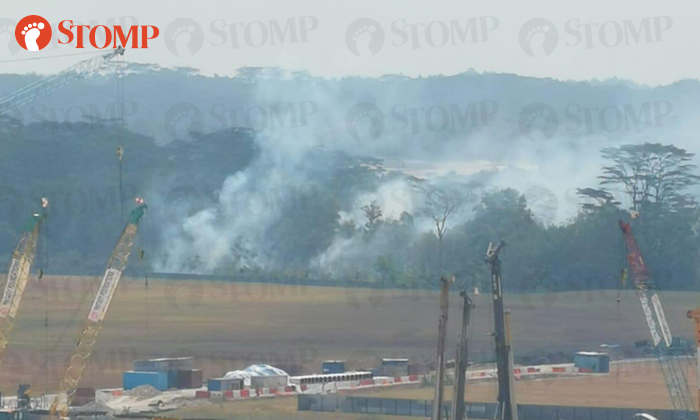 At least two vegetation fires occurred on Sunday afternoon (Aug 11), with one reported at Jurong Road and the other taking place along Pang Sua Canal.

In the first incident, Stomper Siqi saw smoke billowing out from a forest in the Tengah area at around 3.30pm.

Siqi, who shared a video and photos of the scene, said: "It's around Jurong Road and near the area where the upcoming Tengah Plantation MRT station will be."

Stomp understands that this fire spanned the size of approximately ten football fields.

According to the Singapore Civil Defence Force (SCDF), it responded to the vegetation fire at around 12.55pm and extinguished the blaze using two water jets.

The SCDF also responded to another fire involving a stretch of vegetation along Pang Sua Canal on the same afternoon, at around 2.10pm.

Stomp understands that this fire was around the size of one football field.

No injuries were reported in both cases and the SCDF is investigating the cause of the fires.