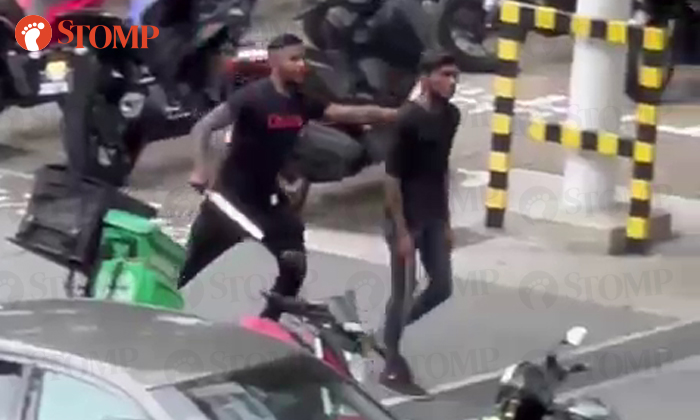 Two men have been arrested after a police manhunt for two suspects who had used weapons to attack two men in Boon Lay Drive.

The police said the arrests came after officers from the Jurong Division and Criminal Investigation Department conducted extensive ground inquiries, aided by images from police cameras and closed-circuit televisions.

Preliminary investigations showed that the duo are known to the two victims, police said earlier on Thursday when announcing the manhunt.

The police had received a call for help at Block 175 Boon Lay Drive at about 5pm on Wednesday.

The two injured men, aged 22 and 23, were conscious when they were taken to hospital.

In videos circulating on social media, two men can be seen wielding long-bladed weapons at a carpark.

In one video, someone is heard shouting that the police have been alerted. The duo are seen pacing back and forth, before fleeing the scene.

One of the victims appeared to have blood streaming down his face.