It ended with a 'bang': Knife-wielding man shot dead by police at Bendemeer Road HDB block 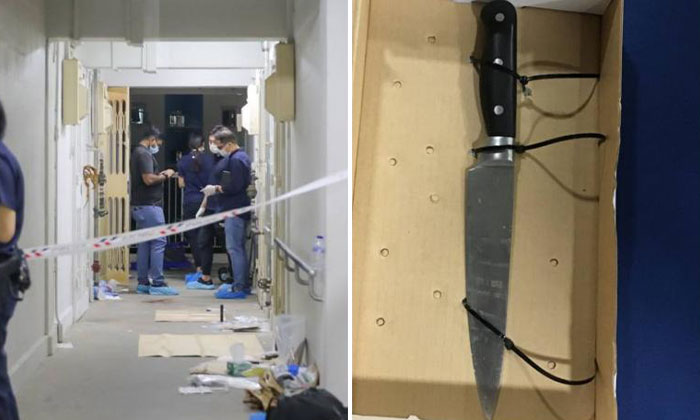 Property agent Hasenah Nizar was heading to the ground floor of her housing block at about 4.10pm on Wednesday (March 23) when she heard a loud commotion that lasted about five to 10 minutes.

"I heard a man's voice, loud shouting noises and banging noises, like people throwing things around, before it ended with a 'bang' - like a gunshot," said the 60-year-old.

This was followed by the sound of someone crying, said Ms Hasenah, who lives on the seventh floor of a Housing Board block of flats at 33 Bendemeer Road, where a man was fatally shot by police on the sixth floor on Wednesday afternoon.

That day, a 64-year-old knife-wielding man was shot dead following a confrontation with police officers at a sixth-floor unit in the block.

Police said on Wednesday night that he did not comply with instructions to drop the weapon despite repeated warnings, and continued to advance on the officers even after they fired three Taser shots at him.

When The Straits Times reached the scene at about 9.30pm, a police cordon had been put up outside the flat.

Fourteen police officers were in the vicinity, with some stationed at the lift lobby and others moving in and out of the flat. 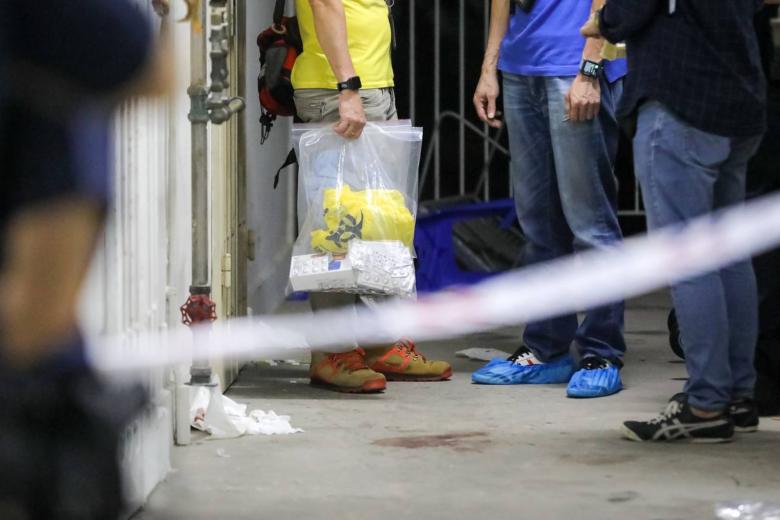 Another seventh-floor resident, Mr Mahadi Ibrahim, 43, who is unemployed, said he was awakened by a loud bang, presumably the gunshot.

The loud noise prompted cleaner Ng Meng Hua, 59, to open his door, upon which he spotted six police officers outside his neighbour's flat on the sixth floor.

Mr Ng, who has been living at Block 33 for five decades, said the man had been his neighbour for at least a decade. 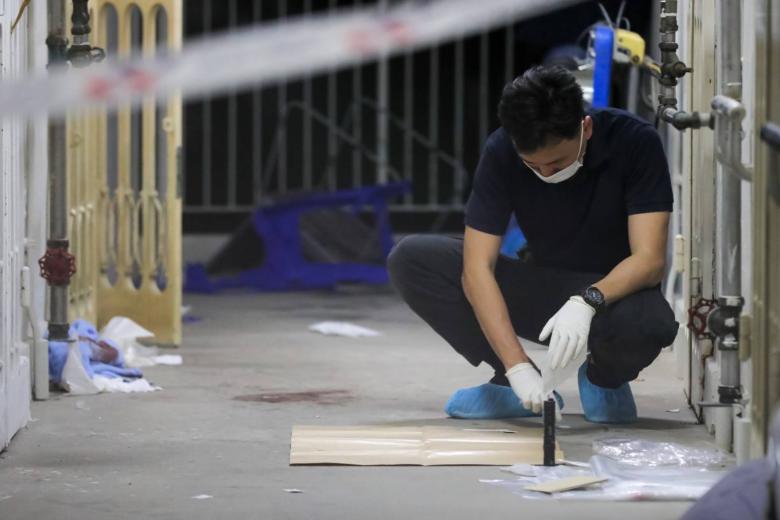 While they would exchange greetings when they met at the lift, Mr Ng said the man mostly kept to himself.

"Once in a while, I'd see some of his friends coming to his flat," he said in Mandarin. "His door was closed most of the time."

Another neighbour who declined to be named said the man lived alone, and had a younger brother who visited him occasionally.