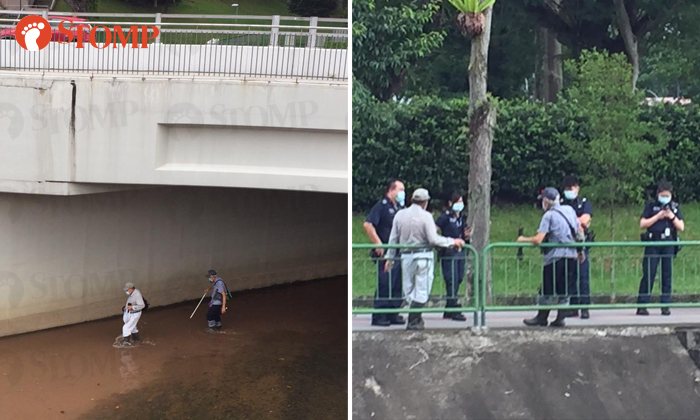 National water agency PUB is investigating an incident in which two men were seen fishing illegally from a canal along Sungei Ulu Pandan on Sunday (Sep 26).

A Stomper, who resides in the area, called the police and PUB after witnessing the incident at around 1.30pm.

He shared photos showing the two men fishing at the foot of the canal. The pair can also be seen wading through the water in the canal.

The Stomper said: "These two men were happily fishing from the canal below Clementi Road from 1.30pm to 3pm. Maybe they were stressed from staying home for too long.

"It's very dangerous as it has been raining on and off, and the water level can rise three to four metres."

Photos show the two men leaving the canal and speaking to the police. 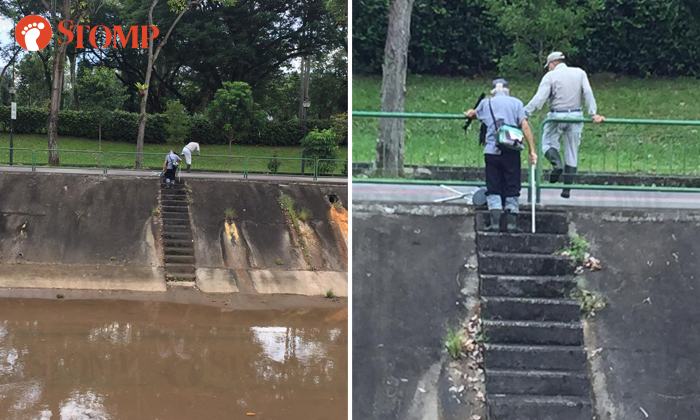 The Stomper added: "One of them argued with the police and refused to listen to their advice.

"It's good that the police responded so quickly before anything tragic happened. I hope the police took down the men's particulars and warned them so that they do not return and end up drowning.

"I have been staying in Clementi for nearly 38 years but this is my first time encountering these ignorant senior citizens."

PUB said it is currently investigating the incident.

A spokesman told Stomp: "It is illegal to enter drains and canals without approval and doing so can be dangerous, especially during a storm event. Unauthorised entry is an offence which carries a maximum fine of $3,000.

"Sungei Ulu Pandan is also not a designated fishing area. Fishing is not allowed at the canal and offenders can be fined up to $3,000."

Related Stories
PUB investigating incident of boy who fished illegally at Marina Reservoir in TikTok video
Youths flee after man catches them fishing illegally at MacRitchie and calls PUB "on the spot"
Youths fish illegally near Esplanade, leave upon seeing Stomper take pics of them
More About:
PUB
illegal
fishing