2 men involved in 2016 death of 22-year-old in Yishun: Victim was found bloodied and tied up 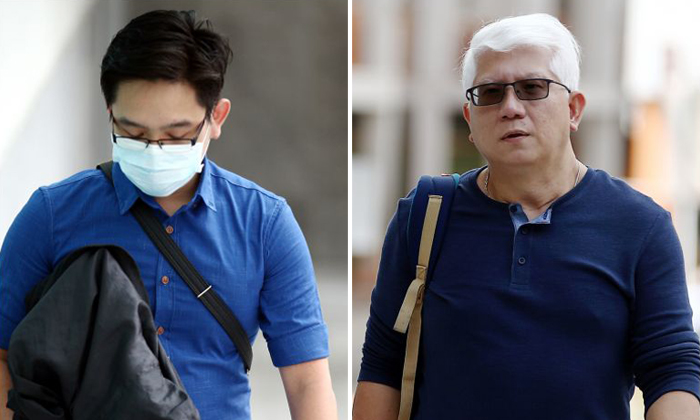 When police found a man lying face down at an HDB block in Yishun in July 2016, his face was bloody and his right wrist was tied behind his back with a rope that was linked to his bound ankles.

His feet and right arm were consequently raised above the ground, the State Courts heard on Tuesday (Feb 11).

Three police officers also told the court they found him at around 8pm, barely half an hour before paramedics pronounced him dead.

The officers were testifying at the start of the trial of the 22-year-old man's alleged assailants, Ryan Xavier Tay Seet Choong and Lawrence Lim Peck Beng.

Tay, 24, is accused of causing grievous hurt to Mr Shawn Ignatius Rodrigues at Block 279 Yishun Street 22 on July 9, 2016. His home is in the block, which is a few bus stops away from that of Mr Rodrigues.

Tay allegedly stomped on Mr Rodrigues' shoulder, punched his face and head multiple times, forcefully pushed his face to the ground and pressed his knee on his back for about 20 minutes.

This caused him to suffer traumatic asphyxia with a head injury that led to his death.

Lim, 58, is accused of aiding Tay by sitting on Mr Rodrigues' buttocks and holding his legs while Tay assaulted him.

Tay and Mr Rodrigues knew each other, as they attended the same church.

The court heard that on the fateful day, both men had a fight in the evening at the Yishun block of flats. The reason for it was not given in court.

But a video recording from the body camera of one of the officers at the scene showed Tay telling a police officer he had "smashed" Mr Rodrigues' face.

Earlier, in 2016, the police had issued a statement saying Tay's mother had made four police reports against Mr Rodrigues between April 2015 and March 2016.

One of them was made in March 2016 and which the police are investigating as a case of an outrage of modesty of a female, the statement added.

The remaining reports accused him of being a nuisance, after he went to Tay's home to look for him and was asked to leave by Tay's family.

Mr Rodrigues, too, had made a police report, in which he accused Tay of assaulting him. He made it on June 30, 2016, but indicated he did not wish to pursue the matter, the police statement said.

The trial continues on Wednesday.