Man punched, kicked and stomped on wife's face at Pending LRT Station as she refused to go home 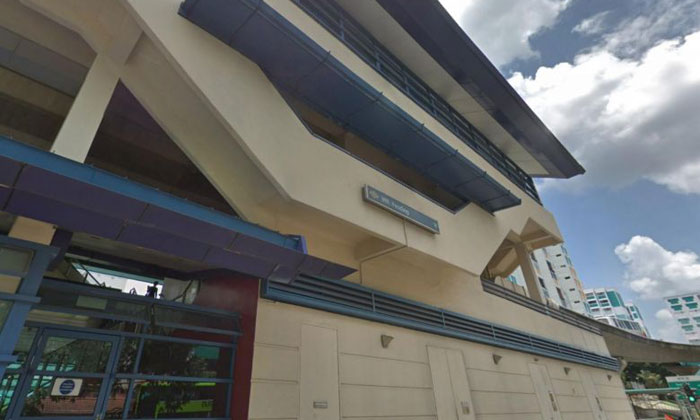 A woman suffered facial fractures when her husband flew into a rage and attacked her in front of their two young children after she told him she would not return to their matrimonial home.

The 35-year-old Singaporean punched the woman's face three times at Pending LRT station and she fainted. He continued assaulting her by kicking her face and stomping on her head.

Their six-year-old daughter and seven-year-old son burst into tears and yelled at the man to stop.

Members of the public then stepped in to help the injured woman, who is also 35 years old.

The Straits Times understands that the couple have since divorced.

The self-employed man pleaded guilty in court on Tuesday (Nov 26) to one count each of causing grievous hurt to the woman and breaching a Personal Protection Order (PPO) against him.

Deputy Public Prosecutor Kenneth Chin said the man had been subjected to the PPO issued in July 2013.

Under the order, he was not supposed to use violence against his wife and their son.

The couple were facing marital issues and the woman had been staying at her parents' home.

The couple and their two children were at Pending LRT station at around 10pm on Aug 26 last year when the woman told her husband that she wanted to return to her mother's home.

The man suddenly grabbed her hand and asked her to return to their matrimonial home.

He flew into a rage when she refused and punched her face three times. She fell to the ground and passed out.

The DPP added: "Despite this, the accused proceeded to kick the victim on her face twice, and stomped on her head twice.

"During this time, the victim's face started to bleed and swell. When the victim tried to shout for help, the accused covered her mouth by placing his hand over her mouth."

Onlookers stepped in soon after and one of them alerted the police.

Causing grievous hurt can bring a jail term of up to 10 years and a fine or caning.