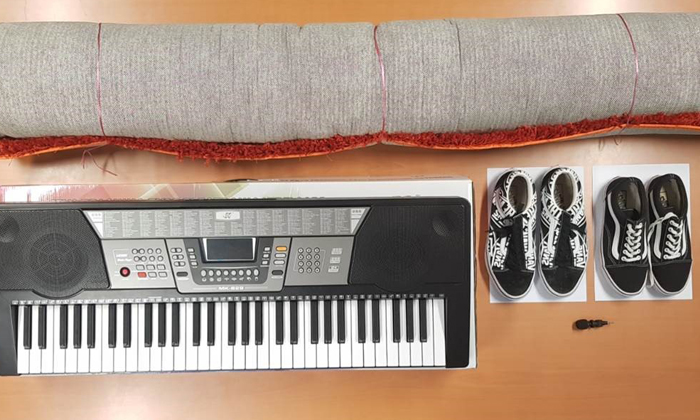 An 18-year-old man was arrested on Wednesday (Oct 9) after allegedly stealing a woman's credit card information and using it to go on a shopping spree.

In a statement, the police said they received a report on Sep 18 from the victim, who discovered that there were several unauthorised online transactions made using her credit card.

Through follow-up investigations, officers from the Commercial Affairs Department established the suspect's identity and nabbed him.

Preliminary investigations revealed that the man is believed to have stolen the victim’s credit card information and later used it to make more than 100 unauthorised transactions amounting to over $2,000.

Two carpets, two pairs of running shoes, a mini-microphone and an electronic keyboard, which are believed to have been purchased using the victim’s credit card information, were seized as case exhibits.

The man will be charged in court on Friday (Oct 11).

Any person who is convicted for unauthorised access to computer material shall be punished to a fine of up to $5,000 and/or a jail term of up to two years.

In their statement, the police also advised all credit/debit card holders to adopt the following measures to prevent unauthorised use of their cards: