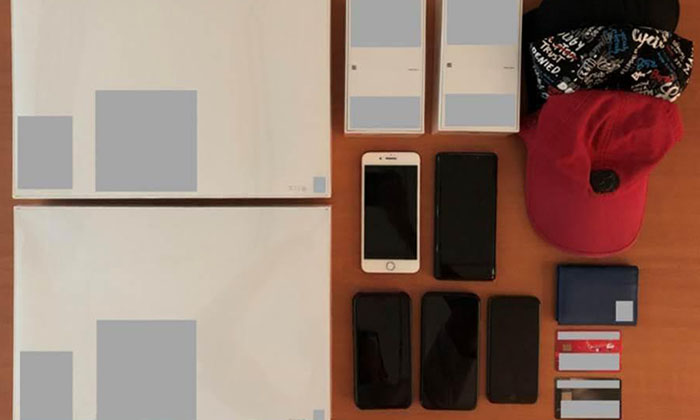 Four men, aged between 30 and 36, have been arrested for their suspected involvement in using two stolen credit cards to make unauthorised retail purchases of mobile devices.

On Thursday (Sep 19), a retail manager of a shop along New Upper Changi Road alerted the police to a case of a man who was suspected to have purchased mobile devices with a stolen credit card.

Two credit cards which belonged to another person and a mobile phone were found in his possession. They were seized as case exhibits.

Through follow-up investigations, officers from the Commercial Affairs Department and Airport Police Division identified three other accomplices and arrested them in the vicinity of Airport Boulevard on the same day.

Preliminary investigations revealed that one of the men is believed to have picked up the two credit cards.

The four men used the two credit cards to make several unauthorised retail purchases of mobile devices amounting to more than $7,900/- between Sep 18 and 19.

If convicted, they will face a jail term of up to 10 years and a fine.