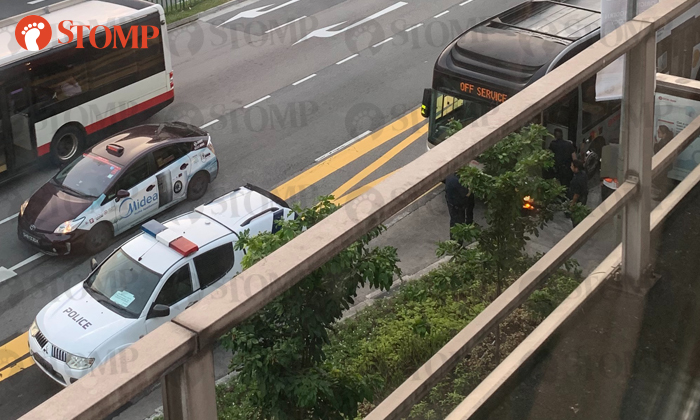 A 17-year-old teenager is assisting with police investigations after he allegedly took an upskirt video of a bus commuter in Yishun on Monday morning (Jan 7).

Responding to a Stomp query, the police said they were alerted at 7.06am to a case of insulting the modesty of a woman onboard a bus travelling along Yishun Avenue 2.

Stomper Mspark was passing by on a train at around 7.23am when she noticed police officers at the bus stop opposite Northpoint City.

Mspark, who took a photo and a video of the scene, told Stomp: "There were around six police officers. They were talking to someone in a neon orange vest (most likely the bus driver).

"Based on their expressions, I believe something must have happened."

Stomp understands that the teenager had taken an upskirt video and then looked at his phone.

A fellow commuter noticed this and caught him.

The police were subsequently called.