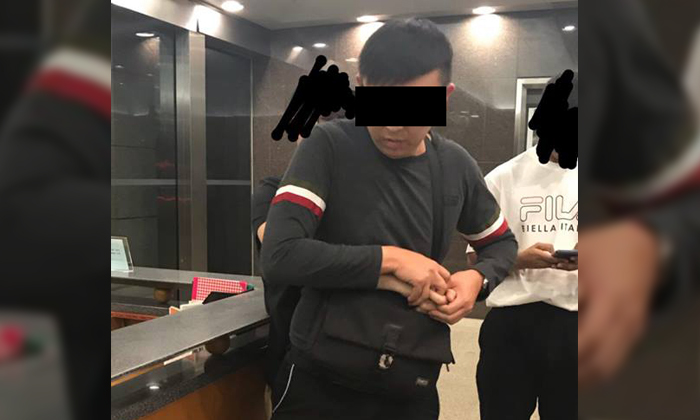 The man was charged in court on Jan 15.

Read the full update here: Man who hid in female toilet at Tampines to film women allegedly involved in other similar cases

A man was discovered hiding in a female toilet at the NTUC Income building in Tampines on early Wednesday morning (Dec 26), where he allegedly took videos of women.

Responding to a Stomp query, the police said they were alerted to a case of criminal trespass and insulting the modesty of a woman at 300 Tampines Avenue 5 at around 1am.

The 30-year-old man was arrested in relation to the case and police investigations are ongoing.

A Facebook user, who is in her late 20s and declined to be named, posted about how she had caught the man hiding in the ground-floor toilet, which has three cubicles in total.

One cubicle was under maintenance while another later turned out to have been occupied by the man, so only one cubicle was available for the woman and her friends to use.

She told Stomp: "I was with two other female friends and we took turns to use the vacant cubicle.

"I was the last to use the toilet, so when I was peeing halfway, I saw a phone beside the sanitary bin, under the cubicle.

"I shouted 'oi!' damn loudly and I think the man panicked. It was around three seconds before he opened the door and apologised to us."

According to her, the man said, 'Sorry sorry, please give me a chance... I deleted YOUR videos already.'

The woman added: "Naturally, we weren't about to let him go.

"I demanded for his phone and asked my friends to call the police. He tried to escape so one of my friends held on to him, but he fled again.

"Luckily, one of our guy friends was waiting outside for us to be done and we managed to successfully apprehend the man with the help of two bystanders."

Photos that the woman shared in her Facebook post show one of her male friends holding on to the suspect by the waist. 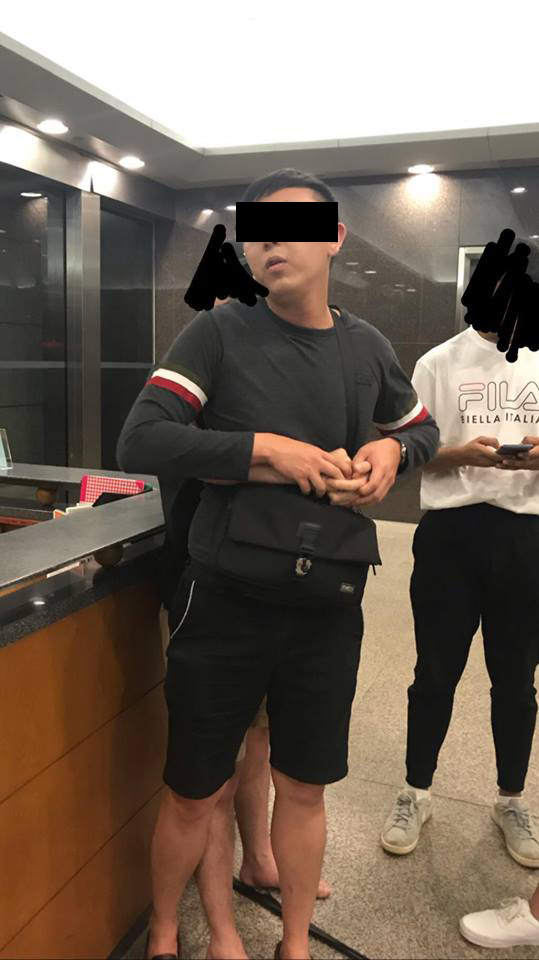 The police were subsequently called.

"I took the man's phone and looked through his gallery. He had recorded more than 10 videos of girls undressing and peeing in the next cubicle," said the woman in her post, which has garnered over 1,100 comments and 6,400 shares to date.

"He was apologising non-stop and he even said 'Merry Christmas'."

Cautioning other women to be wary, she also added: "Ladies, please beware of your surroundings, especially quiet toilets. It can happen to me, it can happen to any one of us. AND please ah don't say girls must always go toilet together."

The police told Stomp that they "treat such cases seriously and will not hesitate to take action against anyone who commit such offences."

Anyone convicted for insulting the modesty of a woman under Section 509 of the Penal Code, Chapter 224, may be punished with imprisonment of up to one year, or a fine, or both.

Anyone convicted for criminal trespass under Section 447 of the Penal Code, Chapter 224, may be punished with imprisonment of up to three months, or a fine of up to $1,500, or both.