21 arrested for gambling, vice activities in police operations in Bedok and Changi 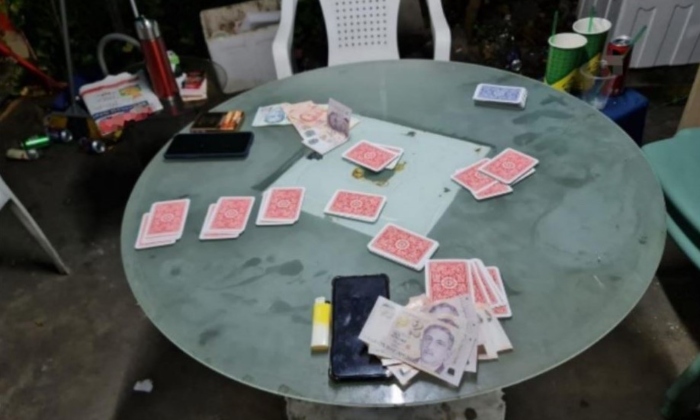 Seventeen men and four women were arrested for their involvement in illegal gambling activities and vice activities in a two-day enforcement operation led by Bedok Neighbourhood Police Centre over the weekend (May 28 and 29).

For the first operation at Bedok North Street 3, New Upper Changi Road and Bedok South Road, nine men, aged between 52 and 75, were found to have allegedly acted as bookmakers by collecting and placing bets through physical and remote means for seven men, who had allegedly placed bets with the bookmakers. Cash amounting to more than $7,500 and three mobile phones were seized.

For the second operation at Changi Road, eight men, aged between 55 and 76, and a woman, 68, were arrested for their suspected involvement in illegal gambling activities. They will be investigated for offences under the Common Gaming House Act 1961. Cash amounting to $258, a mobile phone and gambling paraphernalia were seized.

For the third operation at New Upper Changi Road, two massage establishments were found to have failed to ensure employees do not provide sexual services. Three women, aged between 29 and 43, were also arrested for offences under the Women’s Charter 1961.

Commanding Officer of Bedok Neighbourhood Police Centre, Superintendent of Police Lee Han Sheng said: “The police have zero tolerance towards illegal activities that threaten the safety and security of our communities and will spare no effort to clamp down on illegal activities.

"The police will take enforcement against perpetrators and continue to work closely with relevant stakeholders to conduct regular enforcement operations. Members of the public are also advised to steer clear of crime and to report those engaging in such unlawful activities to the police immediately.”