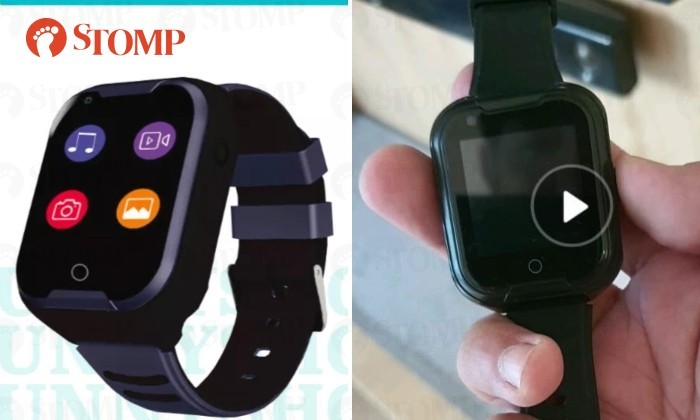 The smart watch was faulty when it first arrived from Lazada.

So Stomper Chris did an exchange for a new one with the seller. No problem.

But a month later, the new watch also became faulty. That was when the Stomper started having problems with the seller.

The Stomper recounted: "I purchased a kids' smart watch from Lazada at $127.90 on June 6. When the watch arrived on June 8, it came with a faulty screen, unable to press properly. The seller did a one-for-one exchange back then and it was fine.

"But after a month of usage, the screen became faulty again and this time, there was only sound and nothing showing on the screen at all.

"I contacted the seller via the Lazada chat and they say they will do a remote factory reset which I did at my end as well before contacting them and it didn't work. The watch was still faulty, after which when I started chasing them for a solution, the seller started ignoring my messages.

"At one point, they told me to give them one to two days as they were escalating the issue to the higher-ups, but it has been weeks and they have been ignoring my messages.

"I find this seller very irresponsible. The reason we even purchased the watch was the good reviews and the good seller rating they had on Lazada, only to realise that they shy away from responsibility after the watch became faulty after one month."

It was stated on Lazada that the watch had a "one-month local seller warranty".

"Right now, I don't even know whether can I get an exchange or a refund from them," said the Stomper.

Related Stories
Not 1 but 2 buyers get used face masks in Lazada orders instead of their purchases
Cabinet bought via Lazada gets covered in mould within a month
Stomper orders Nike shoes via Lazada but receives a pair of no-brand socks
More About:
lazada
unsatisfied customers
watch
customer service