110kg teacher punched man who scolded him for making racist remarks, leaving him with facial fractures 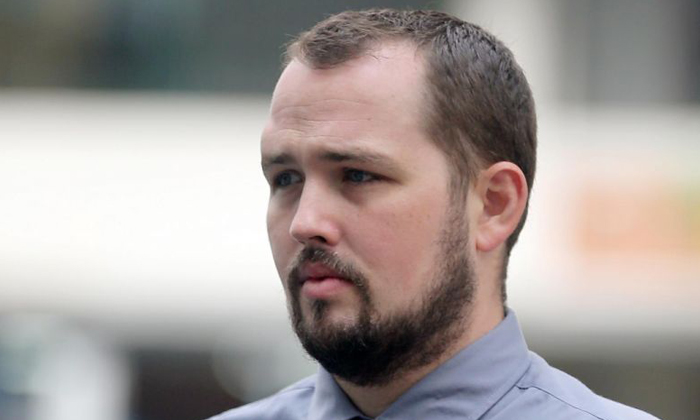 A teacher from Chatsworth International School punched a man, causing him to suffer multiple facial fractures, following a drinking session at an Oktoberfest event at the Swiss Club in 2017.

The court heard the punch-up occurred after the victim chided the teacher for making racist remarks at a taxi stand.

Education technology coach William Samuel Pettijohn, 31, who used to work as a bouncer back home in the United States, punched Briton Arora Neil Kant's face once.

But that single blow was enough to cause Mr Arora to suffer fractures, including to his left eye socket.

The court heard that Mr Arora, a 49-year-old Singapore permanent resident, has since undergone surgery to reconstruct the eye socket with titanium plates and has lost sensation from underneath his nose up to his cheekbone.

He also has peripheral double vision and occasional flashbacks of the assault.

On Tuesday (Sept 3), District Judge Mathew Joseph sentenced Pettijohn to 20 months' jail after convicting him of one count of voluntarily causing grievous hurt.

The teacher was also ordered to compensate the older man $1,000.

In handing down the sentence, the judge said that the case, which involved "racist remarks and intoxicated persons", had "dire consequences to those involved".

He said it was "very disturbing" that a single blow could cause such injuries, adding that it "goes to show the... intensity of that.. punch".

In their submissions, Deputy Public Prosecutors Kelly Ho and Ho Jiayun stated that Pettijohn had gone to the Oktoberfest event with a colleague, Mr David Michael Rive, 35, at the club in Swiss Club Road, near Dunearn Road, in September 2017.

Mr Arora had also gone there with his own friends.

The DPPs stated that both groups left the Swiss Club at around 1am on Sept 24 and were at a taxi stand when Mr Arora overheard Pettijohn making racist remarks at another man. Court documents said Mr Arora chided the teacher for doing so and a verbal dispute ensued. Security guards eventually intervened and separated both parties.

The court heard that Mr Arora and his friends then left the taxi stand and were walking towards the main road when they saw Pettijohn and Mr Rive approaching them "for no apparent reason".

All of a sudden, a man in Mr Arora's group fell to the ground.

The DPPs stated: "Afraid that the accused might push or hit someone else, (Mr Arora) used both his hands to hold on to the bottom of the accused's rolled-up sleeves.

"However, the accused managed to break free of (Mr Arora's) grip. Almost instantly, (Mr Arora) felt a blow to the left side of his head... (he) lost consciousness, and the accused immediately fled."

The police were notified and Mr Arora was taken to Tan Tock Seng Hospital, where he was warded for six days.

The defence claimed it was Mr Rive who had made the comments and that Mr Arora accused the New Zealander of racism. A dispute broke out between the two groups and Pettijohn claimed that he had acted in "self-defence" when he punched Mr Arora, who had held on to one of his sleeves.

The prosecutors stated: "Even if it were accepted that the accused had a right to self-defence, he had exceeded that right by inflicting more harm than was necessary to defend himself."

They also stressed that Pettijohn, who is 1.82m tall and weighs 110kg, had a "very large build".

On Tuesday, the court heard that Pettijohn intends to appeal against the conviction and sentence. He was offered bail of $20,000.

Responding to queries from The Straits Times, Mr Tyler Sherwood, who is the head of schools at Chatsworth International School, said that Pettijohn has been suspended as a result of his conviction.

Mr Sherwood added that the school has supported the teacher throughout the "ordeal" and expressed hope of a favourable outcome for his appeal.

ST understands that Mr Rive is no longer working at the school.

For voluntarily causing grievous hurt, Pettijohn could have been jailed for up to 10 years and fined or caned.

Related Stories
Man jailed for cutting cabby with flip knife at Orchard Towers
Woman who shoved and pinned policeman in chokehold at Orchard Towers gets 3 months' jail
Student who beat up teen clubber, threatened to burn her face and hair for 'flirting' gets probation
More About:
court
assault
injured
teacher