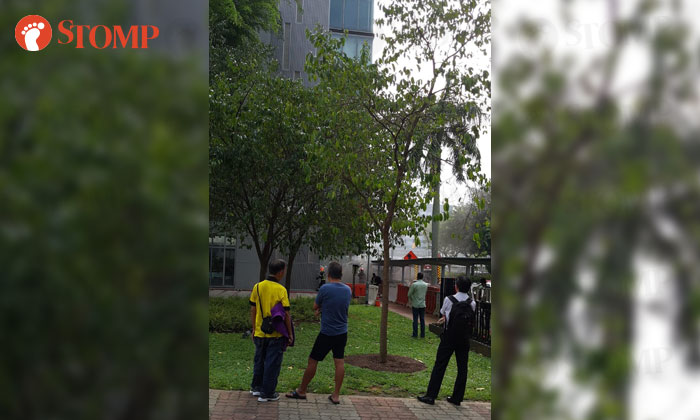 One person was taken to hospital after a fire broke out at Jean Yip Loft, situated in the Chinatown area, on Monday afternoon (Dec 17).

Stompers Timothy, Jonathan and Terence alerted Stomp to the fire.

Timothy and Jonathan told Stomp they both saw fire engines heading towards the fire at New Bridge Road but did not manage to take any photos.

In the photo, smoke can be seen emitting from the building and Singapore Civil Defence Force (SCDF) officers are at the scene.

In response to a Stomp media query, an SCDF spokesman said they responded to the fire at 307 New Bridge Road at about 3.10pm.

"The fire was extinguished by SCDF using one water jet," he said.

"A person was conveyed to Singapore General Hospital."