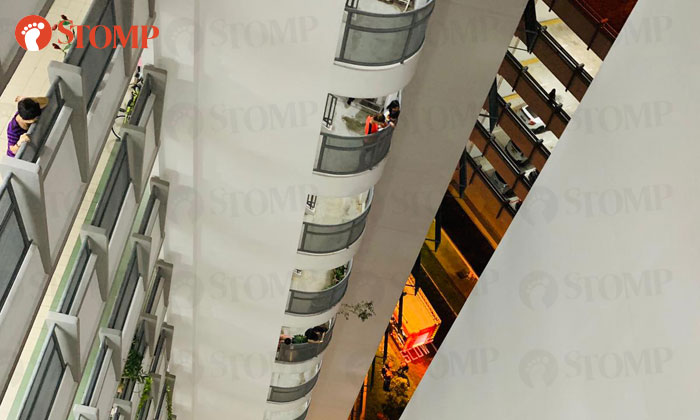 An e-scooter caught fire in the living room of a unit at Block 601 Jurong West Street 62 on Tuesday night (Dec 11).

Stomper Shahira alerted Stomp to the incident and shared a photo she took from her unit of fire engines arriving at her block.

"I heard a loud explosion like thunder," she said.

"About 10 minutes later, I could hear sirens approaching.

"When I stepped out onto the common corridor, there was a strong smell of smoke."

In her photo, other residents can be seen peering down from their units, trying to figure out what had happened. 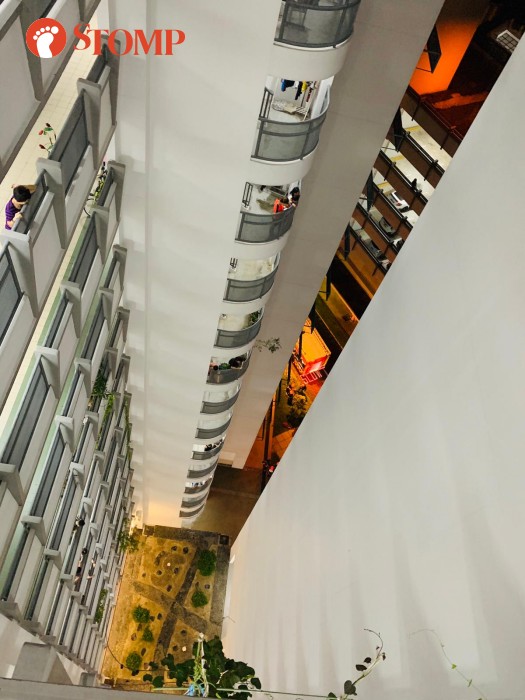 In response to a Stomp media query, the Singapore Civil Defence Force (SCDF) said they were alerted to the incident at about 7.30pm.

"The fire involved an e-scooter and was extinguished by the owner and SCDF using a fire extinguisher and water," a spokesman said.