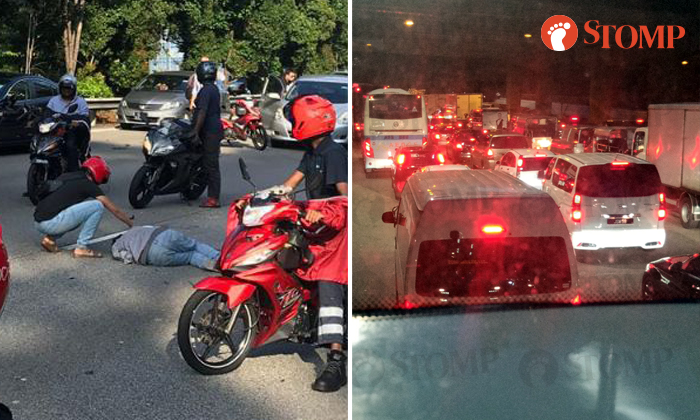 An accident involving nine vehicles along the Ayer Rajah Expressway (AYE) towards Tuas on Wednesday (Sep 12) left one dead and two injured.

The police told Stomp in response to queries that they were alerted to the accident -- involving six cars, two motorcycles and a lorry -- at 5.19pm.

One of the motorcyclists, a 33-year-old man, was found lying motionless and was pronounced dead at the scene by paramedics.

Stomp understands that he is a Malaysian.

A male car passenger and another male motorcyclist, aged 26 and 29 respectively, were conscious when conveyed to National University Hospital.

A 53-year-old car driver was arrested for causing death by a negligent act.

Stomper Uma said she was stuck in a "crazy jam" on the AYE from 6pm to 8.50pm and contributed photos of the congestion. 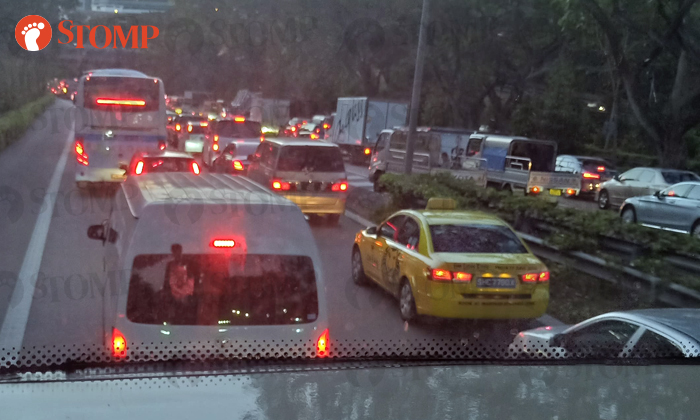 Added Stomper Adi: "The traffic police were very efficient in clearing the accident site and ensuring that traffic resumed."

A photo circulating on social media also shows a man lying on the road. A fallen motorcycle can be seen nearby.