1 killed, 6 injured after speeding car flies off expressway and crashes into road in India 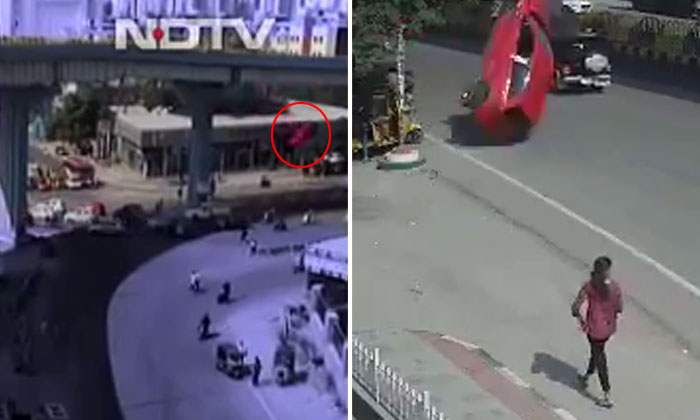 One person was killed and six people were injured after a car flew from a flyover and crashed into a road in Hyderabad, India on Saturday (Nov 23).

Stomper Kor shared with Stomp a video circulating online of the incident that was recorded by CCTV cameras.

In the footage, the red Volkswagen can be seen flying off the newly opened Biodiversity flyover in the city's Gachibowli area.

In a clip taken from another angle, the shadow of the car is seen before it smashes into the road.

According to local media NDTV, a woman waiting for an autorickshaw was killed in the accident.

There were three people in the car at the time of the incident. The driver is critically injured.

A tree was uprooted and two cars parked by the road and near a showroom were also damaged in the crash.

The Cyberabad police department said in a press release that the car was being driven at a speed of 104kmh, way above the speed limit of 40kmh.