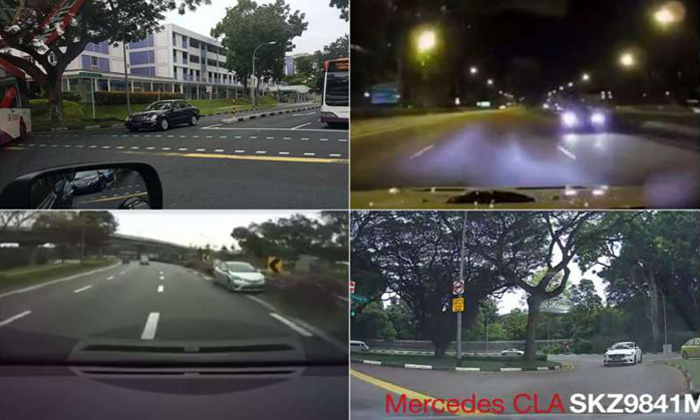 The Traffic Police have identified four out of five drivers who were allegedly driving against the flow of traffic recently, police said on Friday (Jan 6).

One driver has been arrested while three are assisting with investigations.

A 30-year-old man believed to have driven against the flow of traffic along AYE towards Tuas on Jan 5 was arrested for reckless or dangerous driving, police said.

The other three are:

- An 85-year-old man who allegedly drove against the flow of traffic along Bedok North Street 1 towards Bedok North Avenue 3 on Dec 28 last year;

- A 42-year-old male driver who alleged took a wrong turn against the flow of traffic along Cavenagh Road towards Bukit Timah Road on Jan 5;

- A 28-year-old man driving along CTE towards SLE when he is believed to have lost control of his car, causing it to spin and hit the road divider, before it stopped in the opposite direction of traffic, on Jan 2.

Police are investigating another case of a vehicle allegedly going against traffic along Gateway Drive towards Westgate Shopping Centre on Jan 2.

The offences were recorded on in-car cameras and posted online after a fatal incident involving a car going against the flow of traffic on the AYE last month.

A driver was killed and three others were injured in the Dec 19 crash.

Driver Lim Chai Heng’s charge was upgraded from dangerous driving causing the death of a motorist to culpable homicide.

The Traffic Police advised members of the public with information about such incidents to file a report with the Police at any Neighbourhood Police Centre/Post or online, so that the Police can look into the matter.

Traffic violations can also be reported via the I-Witness portal. Dashcam videos can also be submitted as evidence to assist police in investigations.

"Driving against the flow of traffic is a dangerous act and Traffic Police will take stern action against motorists who wilfully commit such an offence," it said.

"Should motorists encounter vehicles going against the traffic, they should alert the driver or rider by flashing their headlights, slow down, and take evasive action to avoid collision.

"Motorists should also alert the police as soon as they can safely do so."