What's with Merc drivers going against traffic? Another one seen doing it in Bedok North after fatal AYE accident 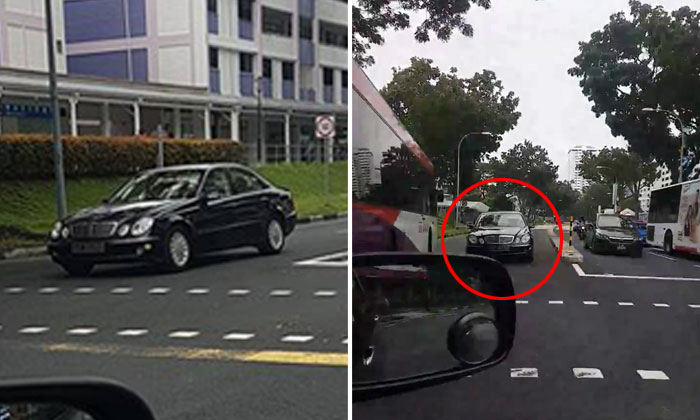 Stomper Apid alerted Stomp to an online video showing a black Mercedes going against the flow of traffic in Bedok North.

The video, which was uploaded by netizen Ahmad Fauzy on Facebook, shows the Mercedes bearing the licence plate number SGF9509B on the wrong side of the road.

The driver had stopped the car at a traffic junction.

An SBS bus and a car turned into the road the Mercedes was on towards the end of the video.

The video of the bizarre incident has garnered 2,500 views and 25 shares on Facebook since it was posted this morning (Dec 29).

This is the second time this month where a Mercedes was seen going against traffic in Singapore.

On Dec 19, a Mercedes driver drove 120km against the flow of traffic on the AYE and caused a trail of destruction that left one man dead and four others injured.

Following the accident, a netizen by the name of Ivan Gan incurred the wrath of netizens after making comments online insinuating that Mercedes vehicles are 'good killing machines' and that Mercedes drivers have the right to drive in any direction they prefer.