What's wrong with S'pore drivers? Yet another one caught going against traffic, this time along AYE towards Tuas 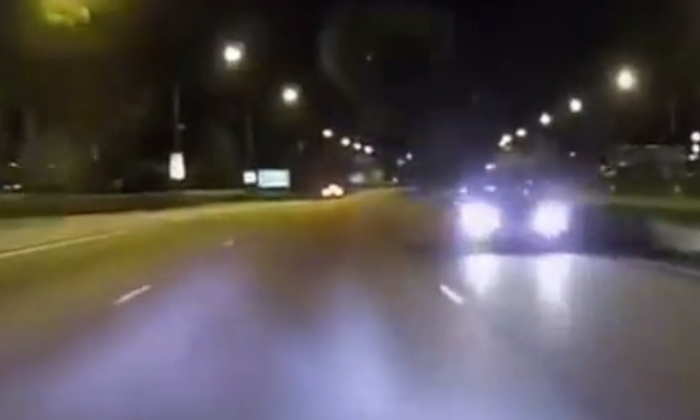 Is driving against the flow of traffic becoming a new trend among motorists lately?

Yet another driver was seen going in the wrong direction and nearly causing an accident along Ayer Rajah Expressway (AYE) towards Tuas, before Clementi Avenue 2 exit today (Jan 5), at around 1.26am.

A clip of the incident was shared by Danny Eng and posted on Beh Chia Lor - Singapore Road's Facebook page.

In the video below, the driver, whose car camera captured the incident, is unexpectedly forced to swerve out of the way of another driver who is going against the flow of traffic.

The incident comes in the spotlight of other incidents that happened just last month, and yesterday in Singapore.

Just yesterday (Jan 4), a driver was seen going against the flow of traffic at Gateway Drive, near Westgate mall.

Last month, there were two incidents that involved a Mercedes going against traffic.

On Dec 19, a Mercedes driver was speeding at 120km/h against the flow of traffic on the AYE and caused a trail of destruction that left one man dead and four others injured.

Another Mercedes driver was seen going against traffic at Bedok North.

On Dec 30, police gave chase when a man suspected of drink driving evaded a roadblock in Serangoon.

He drove against traffic before crashing into a lamp post and a street electrical box as he attempted to speed away.