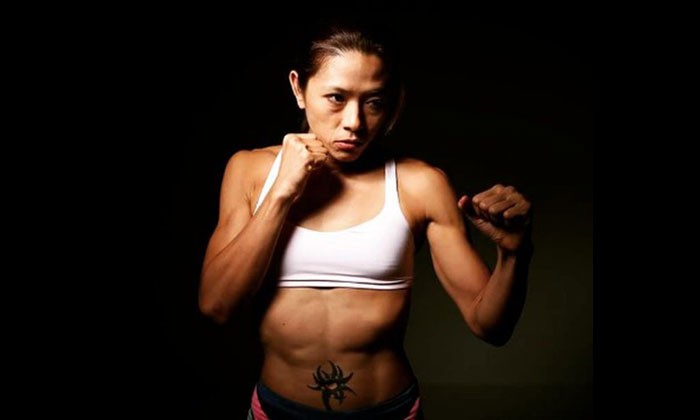 Singaporean female strawweight prospect May Ooi is set to make her ONE Championship debut at the MMA promotion's Fight Night 'Quest for Greatness'.

Standing in her way to victory on Aug 18 at Kuala Lumpur's iconic Stadium Negara is Malaysia’s Ann Osman.

The name 'May Ooi' might ring a bell for some.

The former doctor was once a national swimmer who represented Singapore at the 1992 Olympic Games held in Barcelona. May also participated in the Asian Games and SEA Games.

Since then, she has traded her swimsuit for a pair of fighting gloves. These days, the 40-year-old spends her time honing her skills as an MMA athlete.

With a 2-2 professional record, Ooi is a hard-working competitor who possesses well-rounded striking and grappling skills.

Today, she is one of the country’s most talented martial artists, said ONE Championship in a statement.

In the main event at 'Quest for Greatness', undefeated ONE Featherweight World Champion Marat “Cobra” Gafurov of Russia puts his world title on the line against top contender Martin “The Situ-Asian” Nguyen of Australia.

Chatri Sityodtong, Chairman and CEO of ONE Championship, stated:

“It is always an exciting time in Kuala Lumpur whenever our world-class athletes climb atop Asia’s biggest and grandest martial arts stage. Our warriors are eager to put on a show for fans in Kuala Lumpur, and it is our honor to have them perform in this marvelous city.

"Marat Gafurov and Martin Nguyen are two of the promotion’s finest featherweights. They have met before, with Gafurov taking victory via submission in their first encounter.

"This time, however, a better-prepared and refocused Nguyen vows to finally bring the title back to Sydney.”