To all fans of MMA: Get ready for a power packed 2017 with ONE Championship 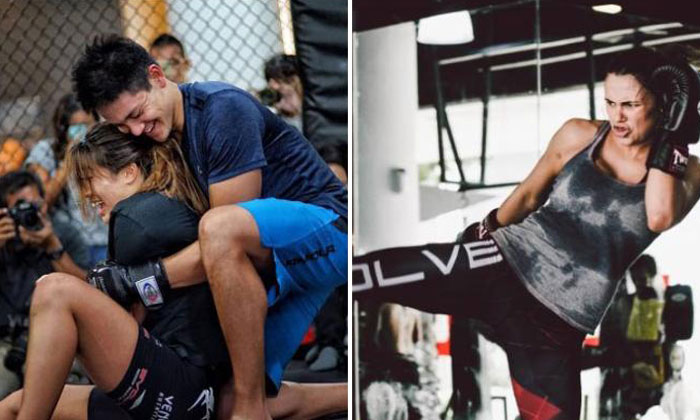 The largest sports media property in Asian history, ONE Championship™ (ONE), has just announced its blockbuster 2017 schedule.

This past year, ONE Championship delivered world-class mixed martial arts (MMA) action to iconic Asian cities across the region, breaking into new Chinese markets while continuing to delight fans in key Asian destinations. The promotion also successfully held a live event at the Cotai Arena in glitzy Macau, and became the first-ever major MMA promotion to hold a live event in Bangkok, Thailand.

Victor Cui, CEO of ONE Championship, stated: “2016 has been a phenomenal year for ONE Championship. It was absolutely historic for the promotion and 2017 promises to be even better.

“With the addition of key senior leaders to aid ONE with our growth plans, the promotion is in an unbelievable position to make some major waves in the global MMA industry. Together we aim to deliver fans a continuously unique experience that they will never forget.

“ONE Championship is coming out in full force to hold electric live events all over mainland China, with plans to break into new and exciting markets in Vietnam, South Korea and Japan. I know fans can’t wait for ONE to come to town. Get ready for one of the biggest years in MMA.”

In 2016, ONE Championship saw the birth of new world champions, sold out iconic stadiums and arenas all across the world, and entered exciting new markets. Growth has increased exponentially, attracting new major sponsorships and forging stronger business relationships with partners.

With groundbreaking new network television deals, ONE Championship is now broadcast to over one billion viewers in more than 118 countries worldwide, with a loyal and passionate fan base of supporters from nations all across the globe.

2017 promises to be even better in terms of viewership and popularity as ONE Championship lays out plans for new markets.

ONE Championship has announced plans for live shows in its usual major cities of Jakarta, Kuala Lumpur, Singapore, Manila, and Yangon. The promotion is also set to return to the Cotai Arena in Macau and the Impact Arena in Bangkok. New markets Vietnam and Japan are also in the works as well as multiple destinations in mainland China including Shenzhen, Shanghai, and Beijing.

In line with ONE Championship’s growth strategy, building local homegrown Asian martial arts heroes from the grassroots, the promotion is set to take advantage of the potential of world-class MMA in Vietnam, South Korea and Japan with events to be announced at a later date.

ONE Championship is the largest sports media property in Asian history. Headquartered in Singapore, the world’s most exciting mixed martial arts organization hosts the largest sports entertainment events across Asia featuring the best Asian mixed martial artists and world champions, all signed to exclusive contracts, on the largest media broadcast in Asia. ONE Championship is broadcast to over 1 billion viewers across 118+ countries around the world with some of the largest global broadcasters, including FOX Sports, Setanta, MNC, Astro, Thairath TV, ABS-CBN, TV5, MYTV, HTV, Esporte Interativo and more.

Related Stories
What's the most useful MMA skill a fighter should have? Tell us and stand to win ONE: Defending Honor tickets and other goodies
evolve mma
mma
ONE Championship
ONE FC
singapore
fighter
mixed martial arts