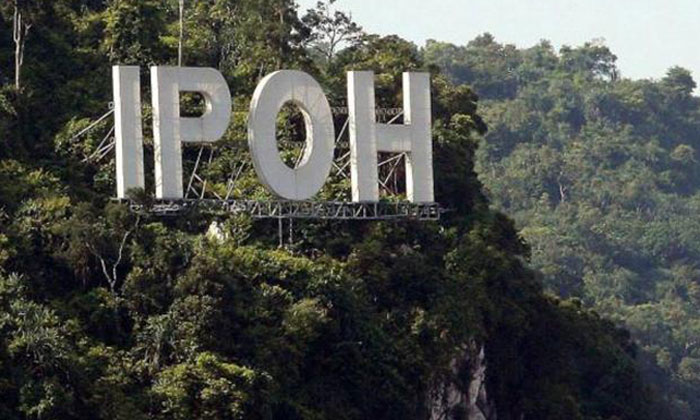 Yet another daredevil has scaled the "Ipoh" lettering landmark here and posted images of his "conquest" on social media.

Pictures have surfaced on social media depicting a youth posing for photographs on top of the landmark located near the Simpang Pulai exit of the North-South Expressway.

One picture, taken from the ground, shows the youth standing on top of the "P", while another was a selfie of the youth which shows him looking at his mobile phone.

It is not known if the youth acted alone or was part of a group.

It is learnt that the signboard measures 9.1m tall, while the hill it is perched on is 30m above ground level.

The Ipoh City Council has yet to issue a statement on the matter.

The pictures, believed to be uploaded on Saturday, comes roughly two weeks after a group of youngsters courted controversy when images of them climbing onto the other "Ipoh" signboard overlooking Jalan Kuala Kangsar near Gunung Lang went viral.

The have since apologised publicly for their actions.