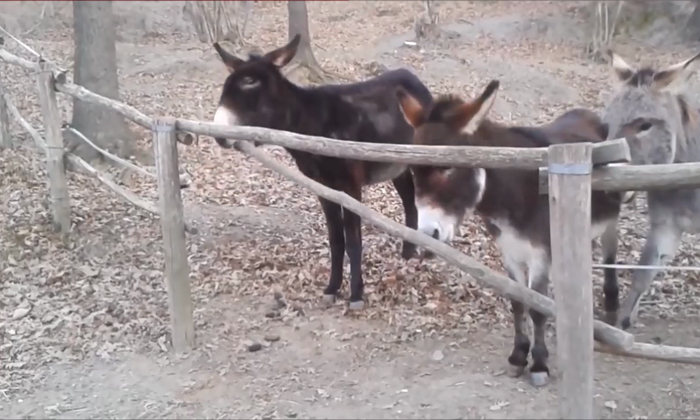 A donkey has won netizens’ hearts following videos posted online showing how it helped fellow donkeys escape through a fence.

In the first video, uploaded to Youtube by the donkey’s owners last month, the donkey is seen with its friends at the Paradise sanctuary in northern Italy.

After two of its companions jump over a low bar placed across the fence, the donkey, Oreste, pauses for a bit before lowering its head and using its teeth to remove the bar.

Oreste then proceeds to trot out of the fence nonchalantly, its other companion in tow.

The second video, uploaded on Monday (Feb 6), shows Oreste’s friends attempting to maneouver their way through a makeshift fence that is blocked by two unsecured bars, but failing in their bid to do so.

Oreste then steps in and uses its teeth to pull out one of the bars of the fence. It then politely steps aside, making room for its friends to exit first before following suit.

According to staff at the sanctuary, Oreste is the brainiest donkey in the group.

“Pedro and Domenico jump, Oreste thinks about it a bit… and finds another solution.”

Netizens who commented on the videos praised Oreste's intelligence.

One of the commenters said:

"They are much more clever then you think and their memory is excellent."