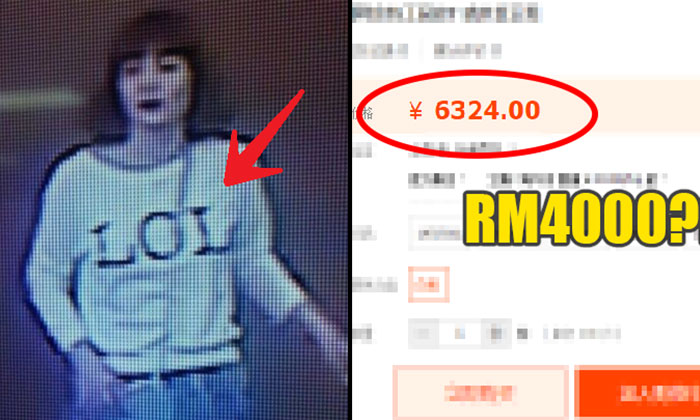 While the world is still reeling from the shocking death of Kim Jong-nam, half brother to the supreme leader of North Korea, Kim Jong-un, an opportunistic businessman has already started to capitalise on the incident, selling similar T-shirt designs worn by an alleged assassin who killed him -- for a whopping RMB6,324 (S$1,304) each.

A similar T-shirt, sporting the word ‘LOL’ was seen on a Chinese shopping website, along with the actual CCTV image of the alleged female agent as released by the Malaysian police for reference, reports World of Buzz.

The item was even listed as ‘朝鲜女特工同款T 暗杀金正男’, which roughly translates to ’T-shirt worn by North Korean agent who assassinated Kim Jung Nam’.

The hefty price tag and bizarre circumstances have left many netizens feeling amused.

Some even commented that they should jump on the bandwagon and start selling the T-shirts too.