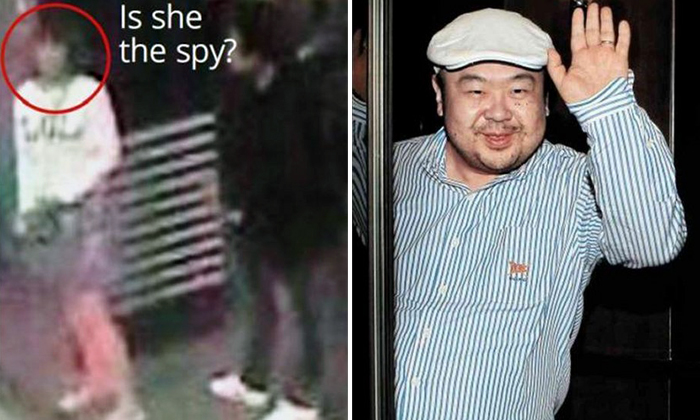 Female agents trained to kill, poisoned needles and chemicals, and an exiled 'playboy heir-apparent' known for his gambling and extravagant ways.

This tale has all the makings of a blockbuster movie.

Except, it is the real-life story of Kim Jong Nam, North Korean leader Kim Jong Un's half brother. As the saying goes, real life is stranger than fiction.

Jong-nam died after he was allegedly poisoned at the Kuala Lumpur International Airport 2 (KLIA2) on Monday, reports The Star.

The world's media agencies are now camping in Malaysia to report on what is turning out to be tale with twists and turns at every corner.

His body was taken to the Putrajaya Hospital.

He is believed to have been attacked by two female agents who splashed his face with a chemical at the airport’s departure hall at about 9am on Monday.

He was to take a flight to Macau. The women later got into a cab and fled.

It is believed that Jong-nam arrived in Malaysia from Macau on Feb 6 and was about to leave when he was attacked.

His body has since been moved to Hospital Kuala Lumpur (HKL) for post-mortem.

South Korean media, however, said on Tuesday (Feb 14) that Jong-Nam was killed with poisoned needles at Kuala Lumpur International Airport.

Malaysian police said in a statement late Tuesday that a North Korean man, identified as Kim Chol, sought medical assistance at the airport and died on the way to hospital.

If confirmed, it would be the highest-profile death under the Jong-Un regime since the execution of the leader's uncle, Jang Song-Thaek, in December 2013.

Jong-Un has been trying to strengthen his grip on power in the face of growing international pressure over his country's nuclear and missile programmes.

He has reportedly staged a series of executions.

The latest launch of a new intermediate-range missile on Sunday brought UN Security Council condemnation and vows of a strong response from US President Donald Trump.

North Korea has been known to use women as part of its clandestine operations, some of which involve murder.

However, not all female agents employed by North Korea are used for violent purposes.

It was revealed in 2014 by a former elite North Korean official that the country operated a "seed-bearing programme".

In this scheme, according to a Telegraph report, high-level visitors to Pyongyang would be provided an attractive consort and months later, would be blackmailed by news of a child.

Leveraging on this blackmail, the North Korean government would demand favourable stories or even business opportunities by targeted journalists and businessmen.