Kim Jong-un's half brother killed by 2 women in M'sia: He allegedly had lover in S'pore 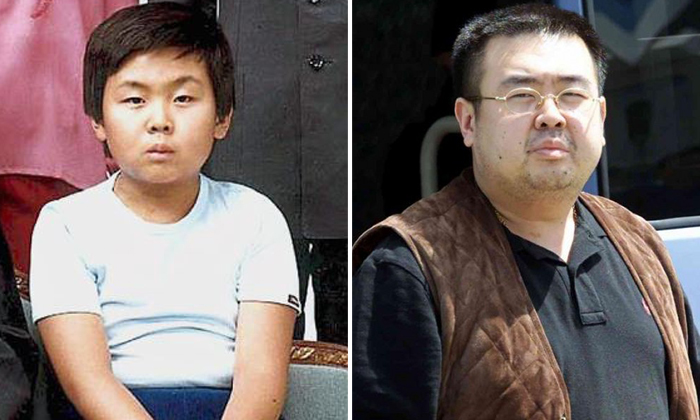 He was a man born to a mistress of a dictator, and the family’s rising star who was earmarked to take over from his father as leader of reclusive North Korea.

However, a fallout with his father saw him being overlooked with his younger half-brother taking over. Then came life in exile as he secretly entered China and Japan.

But entry into Malaysia turned out to be his undoing as Kim Jong-nam was allegedly assassinated in cloak-and-dagger fashion.

The once would-be dictator died as an unknown person at the Kuala Lumpur International Airport 2 after being poisoned by what are believed to be two female operatives from North Korea.

It would be much later before he was identified, reports The Star.

It was a great fall for the “playboy heir-apparent” known for his gambling and extravagant spending.

Jong-nam was born on May 10, 1971, and was the eldest son of Kim Jong-il, former leader of the Democratic People’s Republic of Korea. His mother was a movie star. From roughly 1994 to 2001, he was widely considered to be the heir apparent to his father and the next leader of North Korea, according to Wikipedia.

A botched attempt to secretly enter Japan using a fake passport to visit Tokyo Disneyland in 2001 earned him his father’s wrath and his younger half-brother Kim Jong-un was named heir apparent in September 2010.

In exile, Jong-nam became known as an occasional critic of his family’s regime and an advocate for reform.

His mother Song Hye-rim was one of three women known to have had children with Jong-il.

Jong-il had to keep his affair with Hye-rim a secret so he sent the young boy to live with Hye-rim’s elder sister Song Hye-rang, who tutored him at home.

Jong-nam is said to have made several clandestine visits to Japan, starting as early as 1995. He became “a familiar figure” at a bathhouse in Yoshiwara, one of Tokyo’s red light districts.

He was always known for his flamboyant lifestyle and even treated his son to a concert by South Korean pop stars.

One of his other infamous shenanigans was where he is believed to have drunk heavily before going to Koryo Hotel and shot up the place.

In 1998, Jong-nam was appointed to a senior position in the Ministry of Public Security, the DPRK, as a future leader. He was also reported to have been appointed head of the DPRK Computer Committee, in charge of developing an information technology (IT) industry. In January 2001, he accompanied his father to Shanghai, where he had talks with Chinese officials on the IT industry.

In May 2001, Jong-nam was arrested at Narita International Airport accompanied by two women and a four-year-old boy identified as his son. He was travelling on a forged Dominican Republic passport using a Chinese alias, Pang Xiong, which means “fat bear”.

He was deported to China.

Jong-nam apparently told his questioners that he had wanted to visit Tokyo Disneyland in Urayasu, near Tokyo. The incident caused Kim Jong-il to cancel a planned visit to China due to embarrassment.

That incident changed the life of Jong-nam.

Jong-un, who was born to Ko Young-hee, became the new heir apparent in 2003 while Jong-nam was in exile in Macau.

Jong-nam has claimed that he fell out of favour because he became an advocate for reform after being educated in Switzerland, leading his father to decide that he had turned “into a capitalist”.

In an email to the editor of Tokyo Shimbun, Jong-nam wrote: “After I went back to North Korea following my education in Switzerland, I grew further apart from my father because I insisted on reform and market-opening, and was eventually viewed with suspicion.

“My father felt very lonely after sending me to study abroad. Then my half brothers Jong-chol and Jong-un and half sister Yo-jong were born and his adoration was moved on to them. When he felt that I’d turn into a capitalist after living abroad for years, he shortened the overseas education of my brothers and sister.”

Jong-nam had been living incognito with his family in exile in Macau. He is said to have two wives, at least one mistress, and several children in Macau and Beijing.

He has been seen variously in these two cities and Singapore and is even believed to have had a lover living in Singapore.

He is also known to have travelled to Austria and France for medical reasons.

It is not known why he decided to come to Malaysia.