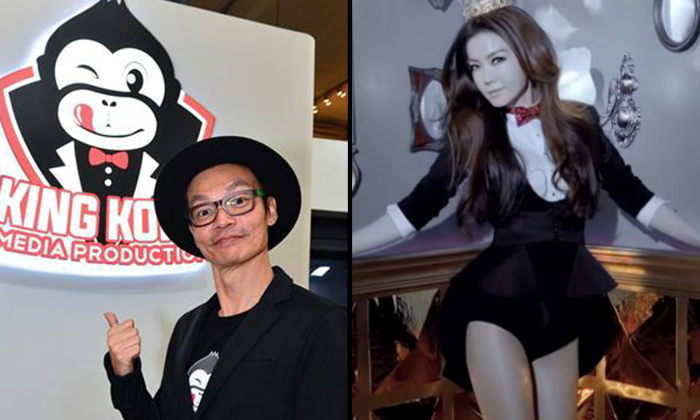 Actor Marcus Chin also voiced his support behind Mark’s decision, and reportedly said that King Kong Media Production should aim to sign Jeanie on for her ‘whole life’.

Mark also unveiled future plans in an interview, citing that the company would start shooting a movie between July and August this year (2017).

Aside from movies, the company also aims to invest efforts on various other media platforms, including short cooking and travel highlights that would be shown on various websites.

The list of celebrities signed under the company includes Henry Thia, Jeremy Chan, Michelle Tay, as well as overseas names such as NONO and Kang Kang, both showbiz veterans.

Aside from the list, Mark also voiced his plans to bring Taiwanese hottie Jeanie Hsieh under his wing, after her hiatus from showbiz a year back.

When asked if Jeanie had already accepted his offer, Mark told reporters:

“We have already acquainted, and she isn’t staying in the Taiwanese showbiz anymore.”

He further revealed that he had always been a fan of Jeanie, and admired her determination and unyielding spirit, recovering from a serious accident.

The two met in last year’s Star Awards ceremony and reportedly ‘hit it off.’

Mark also added that the company would next recruit two local male and female talents, and stressed that talents were key in their search.

He added that the company would also train the new recruits in hosting and acting.

Related Stories
Marcus Chin opens up about 2009 affair with 24-year-old assistant and being called 'old cow eating tender grass'
The incredible views from Jay Chou's $27 million Taipei penthouse will make you go, 'Woah!'
Bombshells of the 90s and how they look like now
Mark Lee
Jeannie Hsieh
entertainment
recruit
headhunt