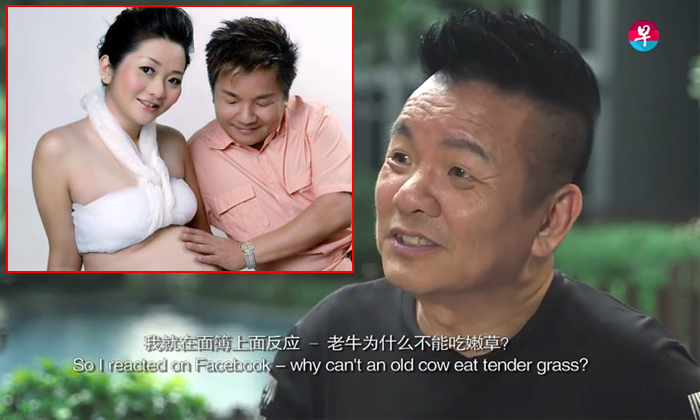 Singaporean host and actor Marcus Chin has opened up about his extramarital affair with his assistant Eileen Cheah, eight years after the scandal came to light.

When the relationship between the then 56-year-old celebrity and his 24-year-old mistress was exposed in 2009, Chin was also labelled an 'old cow eating tender grass'.

The spotlight intensified when Cheah got pregnant and bore Chin a daughter, while he fought a bitter and very public maintenance case against his estranged wife of 23 years.

Three years later in 2012, Chin confirmed that he and Cheah had broken up.

In a recent interview with Lianhe Zaobao, the veteran star, now 63, revealed his thoughts and feelings about the incident.

He maintained an indifferent attitude towards being called 'old cow' and said that he has "attained a high level of self-cultivation", because he was used to being called names such as when everyone used to label him as a 'midget'.

However, he was fearful for his career and wondered if he would be able to continue working in Singapore or have a chance to return to the entertainment industry.

In addition, he revealed how a fortune-teller in Indonesia once told him -- when he was still single -- that he would have two wives.

"And you know what, he was accurate, very accurate. Actually, I had three [wives]. There is one you don't know about," said Marcus.

Watch the full interview below.