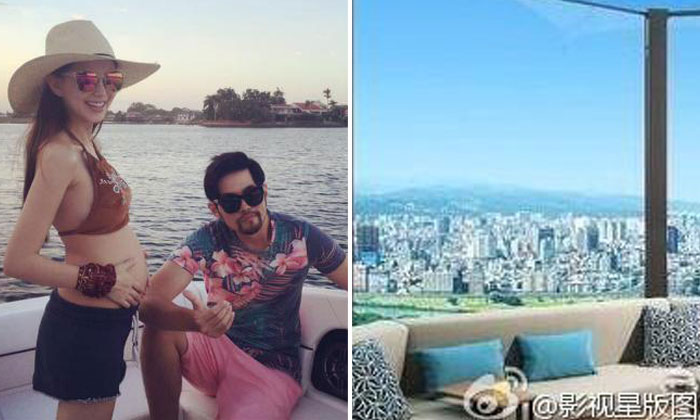 Mandopop superstar Jay Chou is reported to have shelled out a cool $NT660 million (S$27.57 million) on a luxury penthouse that offers 360-degree panoramic views of the Taipei skyline.

The double-storey unit is located in the 'Peace Garden' condominium complex, which is one of Taipei's most exclusive residences, according to TVBS News.

Aside from the spectacular view, the unit is also close to the Taipei 101 skyscraper and the Da'an Forest Park.

It is also just a short distance away from Chou's current residence, where he stays with his mother, wife Hannah Quinlivan and one-year-old daughter Hathaway.

According to Lianhe Wanbao, the unit has been compared to a museum, with the artwork in the hall alone valued at over S$4.6 million.

Apple Daily reported that one aspect that attracted Chou to the unit was the fact that the living space on the first floor was designed by famed Italian master Lorenzo Tondelli, and that many of the furnishings were made from rosewood or bronze materials.

It was recently reported that Chou and Quinlivan are expecting their second child, a baby boy.

Related Stories
This is Obama's swanky new home after The White House: Take a look inside
Introducing the rich kids of Singapore -- who will leave you green with envy
'Ultra Rich Asian Girl' reveals what life is really like being so wealthy
entertainment
Jay Chou
rich
luxury
home
house