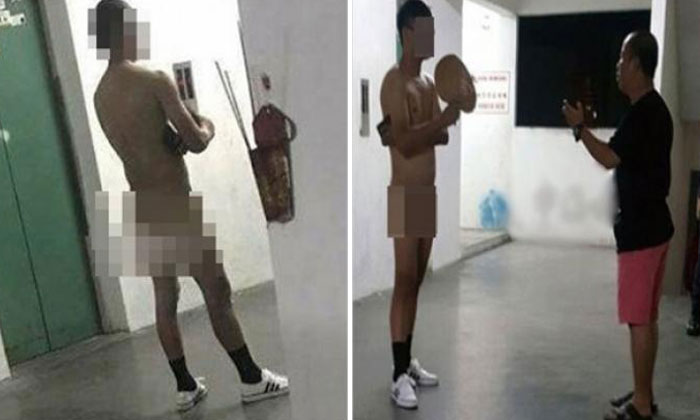 A woman in Relau, Malaysia, had a shock after seeing a naked man walking along the corridor of her apartment building at 1am on Wed (Feb 8).

According to The Star/ANN, the 38-year-old man was only wearing a pair of socks and shoes and was holding a straw fan.

"Three of our members went to the scene with the police and the man was still there.

"He told us that Goddess Mazu had told him to strip.

"We tried to get him to put on his clothes to no avail.

"It was only when one of the members pretended to be possessed by Mazu and told him to put on his clothes that he did as instructed.

"He was subsequently taken away by the police."

The man was sent to Jalan Perak psychiatric hospital for observation thereafter.