Woman blocks van while naked at Bendemeer Road before getting arrested 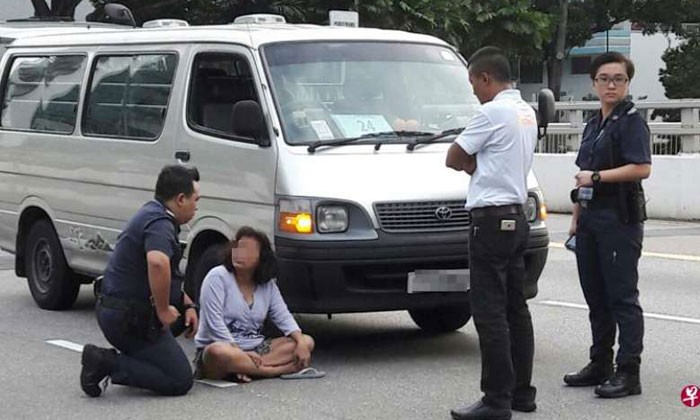 A 48-year-old woman was arrested on Monday (Jan 30) under the Mental Health Act after she reportedly blocked a van with her naked body.

Seated on Bendemeer Road at around 7.30am, the woman held up both arms to block the van, according to a report by Shin Min Daily News.

A man came forward to give her clothes.

She left with him after putting on the clothes, but later returned to the same spot where she took her clothes off again and even slid under the van to lie down in front of the wheels.

Delivery driver Mr Huang, 57, told Shin Min that the police, when they arrived at the scene, took 10 minutes to speak to the woman, after which she put her clothes back on and was taken away by the police.