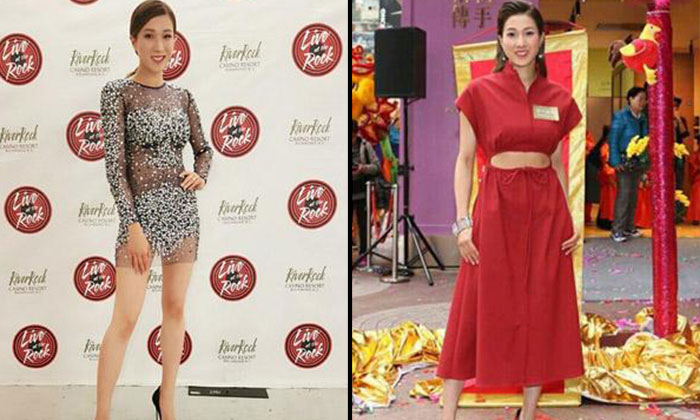 Linda Chung flaunted her stunning post-pregnancy figure in a red keyhole dress which showed off her flat tummy during an event for Chinese New Year in Hong Kong last Thursday (Feb 2).

Following that, the 32-year-old actress took to the stage in body-hugging dress which accentuated her svelte figure during another event in Vancouver, Canada, on Wednesday (Feb 8), reports AsiaOne.

The first time mother expressed on her Weibo account how special it felt to come back to work after becoming a mother.

So as to manage both her work and family commitments, Chung has chosen to be based in Vancouver where her family is currently residing.

The actress also said that she did not find it tough to fly between Canada and Hong Kong, from where she mainly works in.

She also revealed that she and her husband were going to try for a second child after her daughter, Kelly turns two.

Chung gave birth to Kelly half a year after marrying Chinese-Canadian chiropractor Jeremy Leung in Feb 2016.