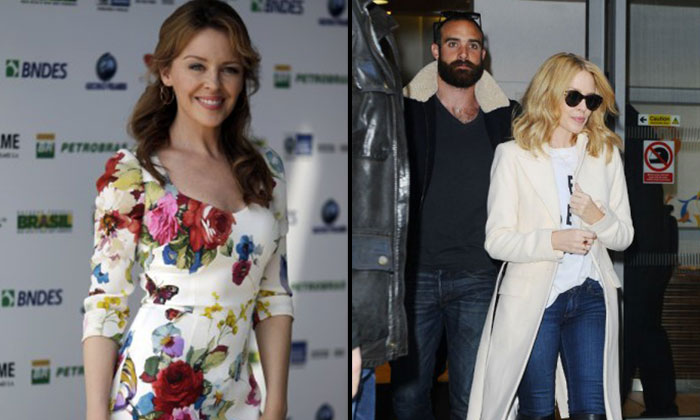 Australian icon, 48-year-old Kylie Minogue has split from her fiance, British actor Joshua Sasse amidst rumours of him cheating on her with Spanish actress Marta Milans, who filmed US drama 'No Tomorrow' alongside Sasse in Canada last year.

The spilt was confirmed by Kylie on an Instagram post last Friday (Feb 3), reports The Straits Times.

"Thank you for all your love and support throughout this recent chapter of my life.”

"Thank you now for your love and understanding with the news that Josh and I have decided to go our separate ways.

“We wish only the best for each other as we venture towards new horizons.”

The pair first met in 2015 on the set of US series Galavant, in which Sasse starred and Kylie was making a guest appearance.

They got engaged five months later in February 2016.

Kylie had apparently called off the engagement after suspecting that Sasse was cheating on her with Marta Milans, according to Britain’s Sun newspaper, and that Kylie was devastated and ‘no longer trusts Sasse.’

She also reportedly asked Sasse to move out of their West London home.

The shocking announcement came just days after a pre-recorded interview with Britain’s This Morning TV programme, in which Kylie gushed about Sasse and talk about her upcoming wedding with Sasse excitedly.

So far, there have been no comments from representatives for either Minogue or Sasse, reports the Telegraph.

Milans has also not commented on the reports.