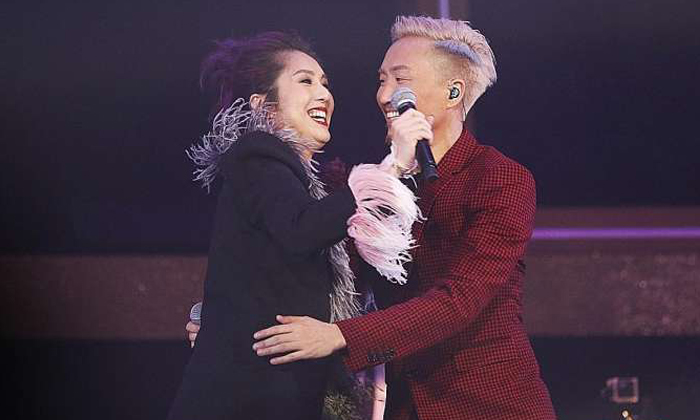 Singer Ronald Cheng reunited with his former love, actress Miriam Yeung, on Sunday, providing a rousing end to his concert at the Hong Kong Coliseum.

They ended a brief romance in 1999, with the media blaming it on his womanising ways.

But on Sunday, all was forgotten as they sang a duet, held hands and hugged - although Yeung forgot her lyrics twice, saying her earpiece was faulty.

In the audience was former television anchor Sammie Yu, who Cheng, 44, married in 2011 following a secret marriage and divorce with singer Charlene Choi.

The duo's performance came after Yeung, 42, presented Cheng with an award at the 2013 Hong Kong Film Awards.