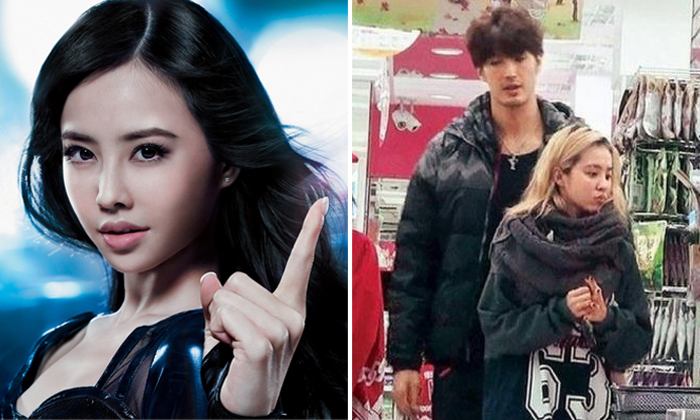 Taiwan’s pop queen Jolin Tsai (蔡依林) confirmed in December that she has split with her boyfriend of six years, Vivian Dawson (錦榮).

Reports say the couple had split due to irreconcilable differences, namely their differing perspectives on marriage and money, in addition to growing apart due to their long-distance relationship.

However, a source close to Jolin said the real reason behind the breakup was due to personality differences.

According to Jayne Stars, it was said that Vivian, who is only four years younger than Jolin, was "too childish".

Jolin has not officially responded to any of these claims, but in a recent magazine interview, she opened up about her feelings toward the split, and reassured her fans that she is well.

“There is nothing I can’t let go, because I already have myself,” said Jolin.

The 36-year-old singer confidently said that she has learned how to live with the constant attacks on her private life, and has now become more unrestrained, learning to face these issues with ease.

“I will present the most beautiful and confident side of myself on stage,” she said. “I’ve learned to admire myself and have confidence in myself.”

Related Stories
Jolin Tsai reveals the real reason behind breakup with BF of 6 years Vivian Dawson
Did Jolin Tsai break up with Vivian Dawson because he was seen dancing with 'hot chicks'?
What Jolin Tsai thinks is most important in a relationship -- something she didn't have with ex-BF
entertainment
Vivian Dawson
Jolin Tsai
celeb couple
break up