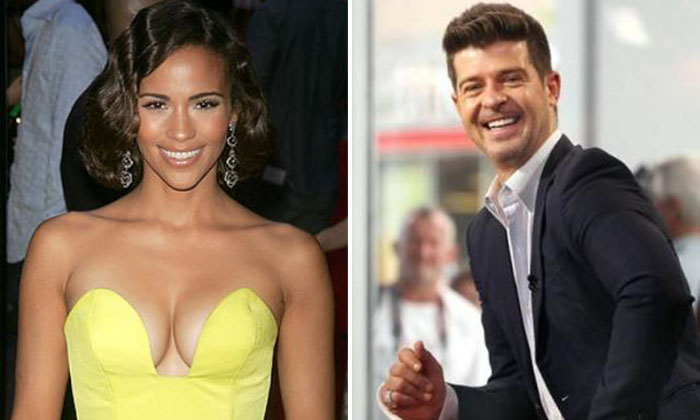 Robin Thicke pulled out of his NHL100 Gala tribute for his late father Alan Thicke on Friday (27.01.17) amid his custody battle with his former wife Paula Patton.

The 'Blurred Lines' hitmaker was nowhere to be seen as family friend and hockey star Wayne Grezky honoured the late 'Growing Pains' actor - who died last month after suffering a heart attack while playing hockey with his 19-year-old son Carter - in his place during the live broadcast held at the Microsoft Theater in Los Angeles.

Speaking on stage at the celebration, which commemorates the 100 greatest players in National Hockey League history, Grezky said: "My good friend Alan Thicke would have loved to have been here tonight, swapping stories, talking some trash, and genuinely mixing it up with so many great players that he admired. I'm extremely honored to be included on this amazing list. I only wish that every one of the players could have been here tonight.

"So with the help of my friend John, let's take a moment to pay tribute to the players we've lost who have earned a place on the great 100 list."

Last week it was revealed that Robin was to give some "special heartfelt remarks" about his father and introduce singer Jon Ondrasik's performance which will remember some of the former NHL legends who have died.

However, it comes at a difficult time for the pop star as he has been slapped with a restraining order and must stay at least 100 yards away from the 'Warcraft' actress - whom he divorced in 2015 - their six-year-old son Julian, and Paula's mother Joyce Patton, after Paula, 41, claimed he had punched and kicked her during their marriage and recently stood outside her mom's house for two hours demanding to see the youngster.

A source told PEOPLE: "Paula very much wanted to keep this within the family, as she believes that was in Julian's best interest. However, she has to fight back to protect her son. As a mother, it's one thing to stay quiet if you're the victim of abuse, but once that extends to your child, you have to speak up."