Felicia Chin takes on her biggest challenge yet: The 5km Spartan Race 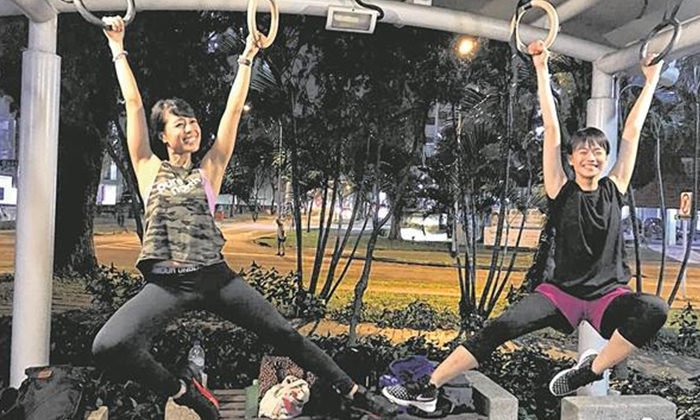 Actress Fecilia Chin takes on her biggest challenge today (May 6): The Spartan Race.

Despite having trained for barely a month, Chin told the reporters during an interview on Thursday (May 4) that she would 'try her best'.

Don’t sell her short though, Chin was a former member of her school’s softball team and the reflexes of an athlete.

Even though it has barely been a month since she started training, she has reportedly mastered various difficult movements, she said, surprising even herself.

She also recounted the injuries she had sustained during her training, including blisters on her hands, bruises on her legs abrasion on her lower jaw:

“I don’t mind the injuries, as these are usually unavoidable during outdoor activities.

During the interview, Chin said that she was tempted as her boyfriend Jeffrey Xu had already taken part in the run three times, reports Lianhe Wanbao.

“I love to explore and go on adventures, so I’m interested in overcoming obstacles.

“I had less time to prepare this time round, but I’ll try my best!”

She also added that she hoped to enjoy the race, and conquer her fear of heights during the process.

The local rendition of the Spartan Race is set to happen today in Tampines.

Participants need to employ a diverse set of skills in order to successfully complete more than 20 obstacles on the 5km route ahead, including rope climbing, wall scaling, leopard crawling and various other activities.