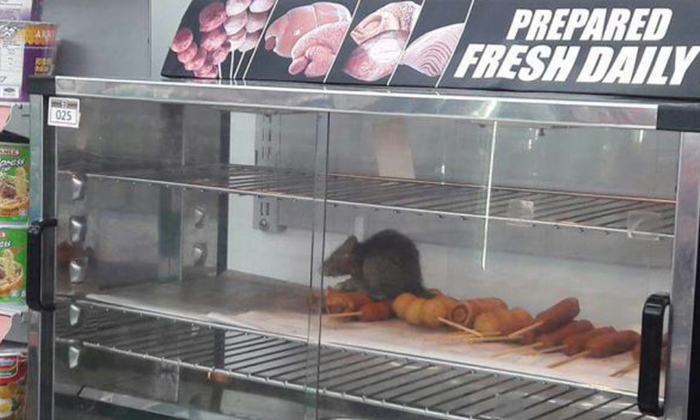 A photo of a rat inside a food warmer taken on Monday (Jan 02) at a 7-Eleven convenience store from Kelana Centre Point in Selangor, Malaysia has gone viral.

The image which was posted and shared on Facebook, showed the rodent standing on top of a row of sausages and fishballs on sticks, reports The Star Online.

In response to the now viral photo, 7-Eleven Malaysia has issued a official statement, assuring the public that this was merely ‘an isolated incident’.

"Please be assured, this is an isolated incident as we have certified quality assurance audits and regular pest control steps in place to prevent such occurrences.

“The safety and well-being of our customers are of the utmost importance to us.”

The company stated that it would be conducting internal investigations as well as cooperate with the Health Ministry office for the district of Petaling, to look into the matter.

It has also promised that ‘further corrective actions’ would be taken to prevent such incidents from happening again.